The impact of the Great War on the College

While we know that all of British society was affected, often personally, by the Great War, some groups within society as a whole may have felt that impact more than others. Just how were students at the College affected? Certainly some lived in streets bombed by the zeppelin and bomber raids, and while none of the bombs were dropped on Dulwich, Ian Castle’s books in the Osprey series show that there were hits over South London where Dulwich boys lived.

I have carefully looked at the Dulwich College War Record 1914-1919 in which McCulloch Christison tried to record a biography of all Old Alleynians who died. He was helped by Captain H. F. Hose, who commanded the Dulwich O.T.C. during the war, and who tried to keep an accurate record of those serving. Christison knew that his record was not complete, but he was sure that what was published was at least accurate.

In particular, I have looked at members of the College sports teams who lost their lives, knowing the great effect that one death of a sports hero can have on a student. I have had to make some assumptions: that Christison is correct in his facts and, remembering him, I could hardly think otherwise; that 1st XV 1910 means for the 1910-1911 school year; and that 1st XI 1911 means for the 1910-1911 school year. 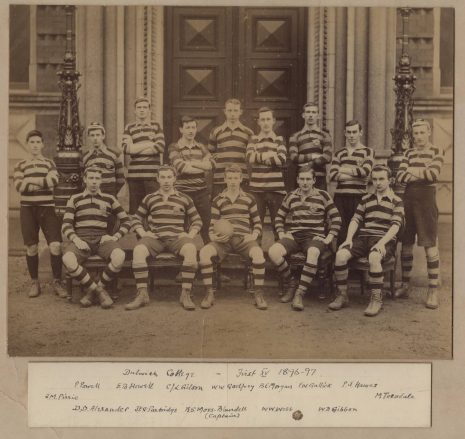 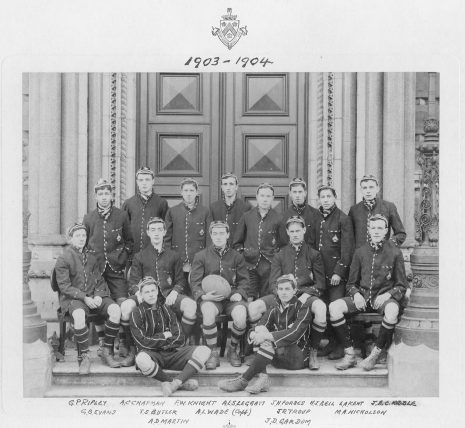 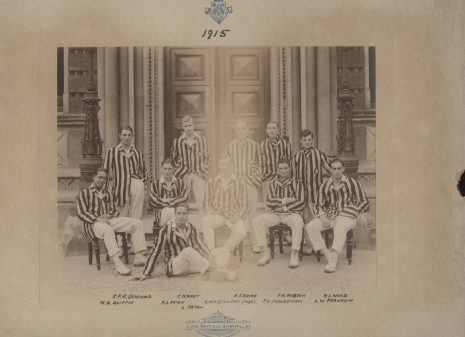 Ten deaths came to OAs who had played for both the 1st XV and the 1st XI, including Lt. L W Franklin who played 1st XV 1913, 14, 15 and 16, and 1st XI 1915 and 1916; he captained both in 1916. He also captained athletics, gymnastics and swimming! After Dulwich, he went through the Artillery Cadet School, and within nine months was in France with the 147th Brigade, Royal Artillery. He survived for 19 months before being mortally wounded during the final advance on Valenciennes on 16th October 1918. The other nine who had played on both first teams were: 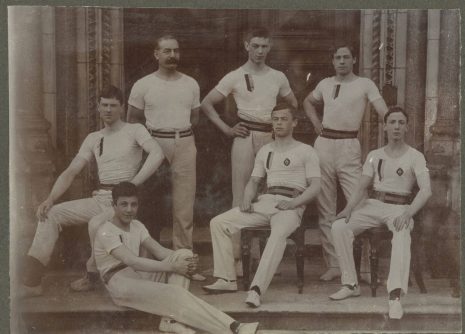 Photograph of the 1909 Gymnastics VI. The only one of the fallen pictured is H.G.W. Wood.

Of note: 38 had passed out of Sandhurst, 17 from RMA Woolwich, 5 out of RNC Greenwich and 3 from HMS Britannia. Christison also noted that 372 members of the Old Alleynian Football Club served, with 76 being killed.

To be noted also is that the Halahan family had six sons serving, two of whom were killed: Captain Henry Halahan on the Zeebrugge raid on April 23rd 1918, and Lt.-Commander Robert Halahan who died commanding submarine E 18 sometime after June 12th 1916. While each death would have had an effect on those who remembered the Alleynian, the overall effect as major sports teams began to be annihilated must have been very strong on those still at the College who looked around at their friends and wondered what fate lay ahead for each of them.