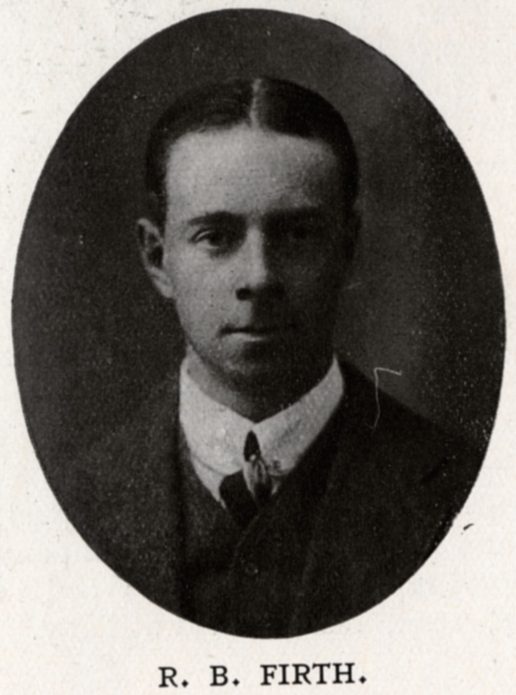 Bobbie, as he was known, was born on July 6th 1887, the middle of three sons born to broker James Firth and his wife, Harriet. He and both his brothers, James and John, would go on to attend the College, along with their cousin, Creighton Broadhurst, and their nephew, William Hoskins. Bobbie arrived at Dulwich from the Prep on a scholarship, shortly after turning twelve, and went on to achieve much during his College career. He was in the 1st team for both rugby and cricket in all of his final three years, topping the batting averages in all three of them, and being captain of both during his final year. He also spent two years as an Editor of The Alleynian, and in his final year was the winner of the high jump. From Dulwich he went on to King’s College, Cambridge, where he was to continue to make sporadic appearances at both rugby and cricket, albeit never quite doing enough to earn a “blue” for either. He graduated with a 1st Class Honours in classics in 1909, and returned to London in order to take up a position as an assistant master at the Prep. In 1911 he joined the Old Alleynians, being named Honorary Secretary of the Club.
In the summer of 1916 Bobbie gave up his teaching job, as well as his role with the OAs, in order to sign up, becoming a member of the London Rifle Brigade, with whom he went out to France that December. Having not taken part in the major battles during the first half of 1917, he was, on September 21st, part of an advance in the vicinity of Langemark, near Ypres, when he was shot in the head. He spent the next five days in a casualty station drifting in and out of consciousness, before passing away on September 26th. He was survived by his widow, Ruby, and their two children. 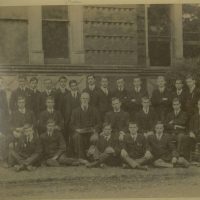 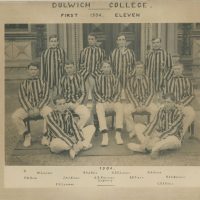 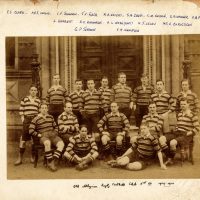