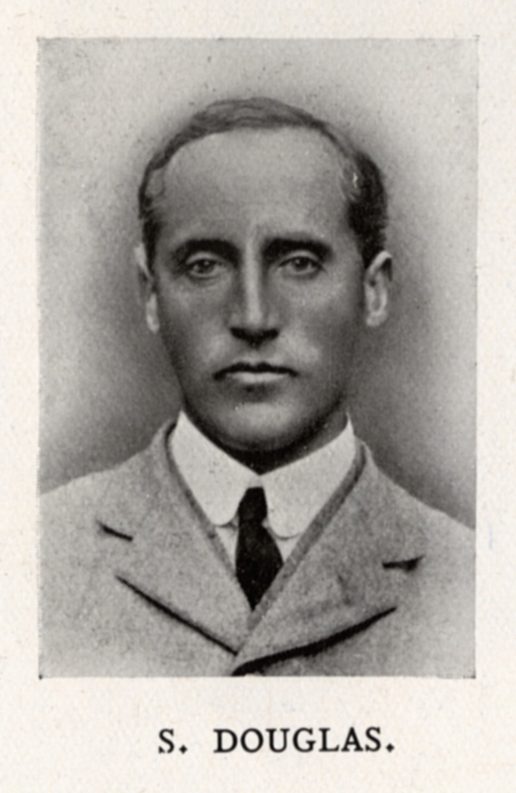 Born on October 8th 1873, Sholto was the son of Robert Douglas, a librarian at the British Museum and College Governor, and his wife, Rachel. Having been at Brightlands he then came on to the College, the fourth of five Douglas boys to do so, following his elder brothers Archibald, Robert and James, and preceding his younger brother, Stuart. Whilst at Dulwich he distinguished himself as a sportsman, particularly in cricket, where he was in the 1st XI for his last four years, Captain for the last of them, and twice, in 1891 and 1893, topping the batting averages. He was also a member of the 1st XV in his final year, as well as Captain of Fives, and a two time winner of the Steeplechase. After leaving the College he spent a short time working at the Prep, then went to Assam in India, to work for a tea growing company; having never fully taken to the climate he returned after two years, and once more took up a role as a master at the Prep. He served in South Africa during the Boer War as a member of the Wiltshire Yeomanry. Not long after his return, in 1905, he took up a position as joint-headmaster of Hillside School in Godalming, alongside his elder brother, James, which he was to hold for the better part of the next decade; also during this period, in 1906, he made his lone appearance in first-class cricket, for Middlesex in a draw with Surrey at The Oval.
When war was declared in 1914 Sholto volunteered once more, being given a commission in the 16th (Public Schools) Battalion of the Middlesex Regiment, and in March of the following year was promoted to Captain. Later that year he went over to France with his battalion, landing at Boulogne on 17th November. On January 28th 1916 he was serving near Cambrin when he, along with a fellow officer, were killed by a German shell. 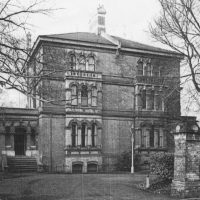