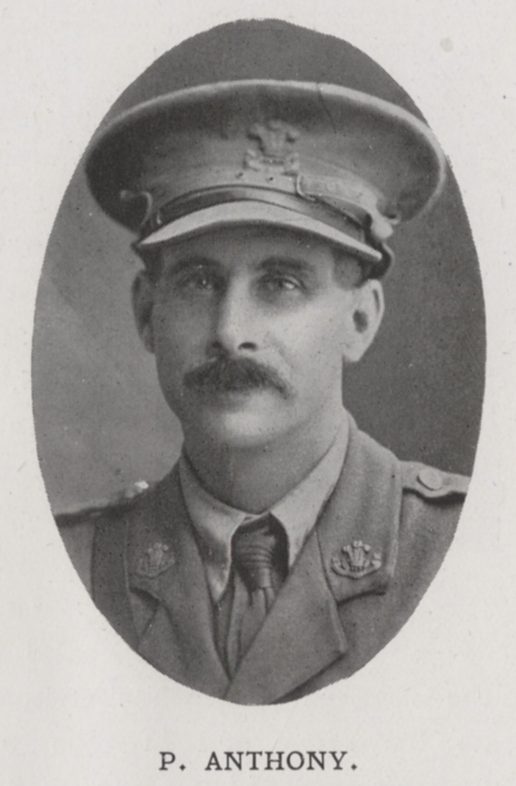 Thiepval Memorial Pier and Face 7 A and 10 A.

Born May 3rd 1880, Percy was the son of Charles Anthony, the proprietor of the Hereford Times newspaper. He spent his time at Dulwich as a boarder in Elm Lawn, ultimately serving as House Captain. A keen sportsman, he spent four consecutive seasons in the cricket 1st XI between 1895 and 1898 and was also a member of the 1st XV during his final year. He continued with his sport after leaving the College, topping the batting averages for Herefordshire in 1900 and being invited to join both Surrey and Worcestershire, invitations he turned to down in order to serve in the Boer War with the Herefordshire Volunteer Company, earning the Queen’s Medal with five clasps. After the war ended he stayed in South Africa, becoming Captain of the Wanderer’s Cricket Club, Johannesburg, as well as playing in the centre for the Transvaal rugby team.

By 1914 he had taken up a role as a rubber planter in what is now Malaysia, and it was here, at Batu Gajah, that he volunteered for service. On his return to England he was appointed a Captain in the Welch Regiment, with whom he went out to France in late 1915. In April of the following year he was promoted to Major before being killed leading an attack on an enemy position at Mametz Wood, on the Somme, on July 9th 1916. 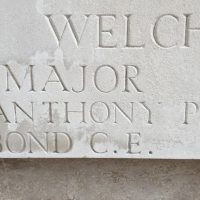