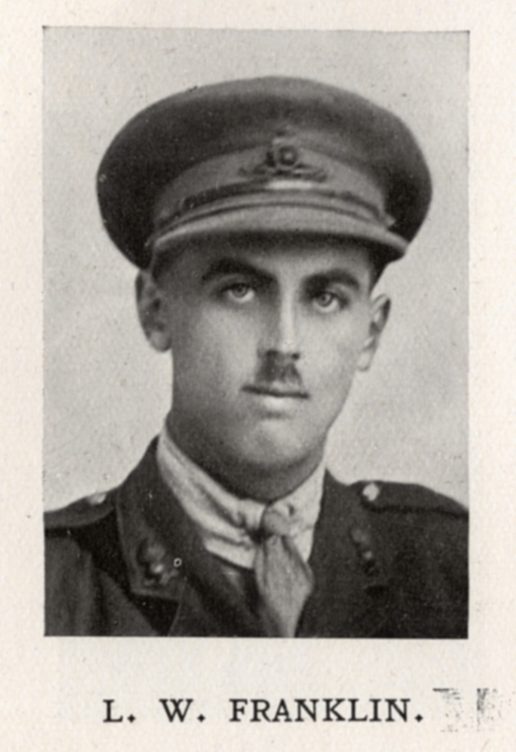 Born on March 8th 1898 in Kobe, Japan, Leslie was the second son of British couple John and Sophia Franklin. By the time Leslie was ten years old the family had moved back to England, and in starting at Dulwich not long after his thirteenth birthday he was following in the footsteps of not only his elder brother Cecil, but also their second cousin Thomas Shore. Whilst at Dulwich Leslie became a highly prominent sportsman, spending three years in the 1st XV, and two in the cricket 1st XI – captaining each in his final year – as well as spending two years in the gymnastics VI, twice winning the weight throw, and serving as Captain of both athletics and swimming. He was not just a sportsman, however. In his final year he also acted as an editor of The Alleynian as well as an officer in the College’s O.T.C.
After leaving Dulwich in the summer of 1916 Leslie spent some time at the Artillery Cadet School in St. John’s Wood, before being granted a commission in the Royal Field Artillery in January 1917. He went over to the front for the first time in March that year, and served there nearly unbroken for the next eighteen months, seeing action at battles such as Armentieres, Givenchy and Cambrai, and in the summer of 1918 being promoted to Lieutenant. He was involved in the advance on Valenciennes on October 16th when he was severely wounded by a shell blast, dying later that day as a result of his wounds. 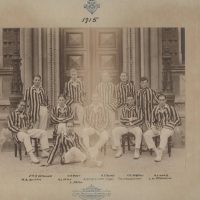 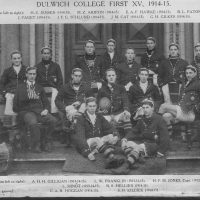 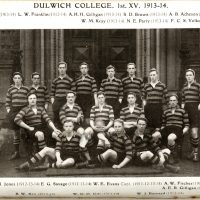