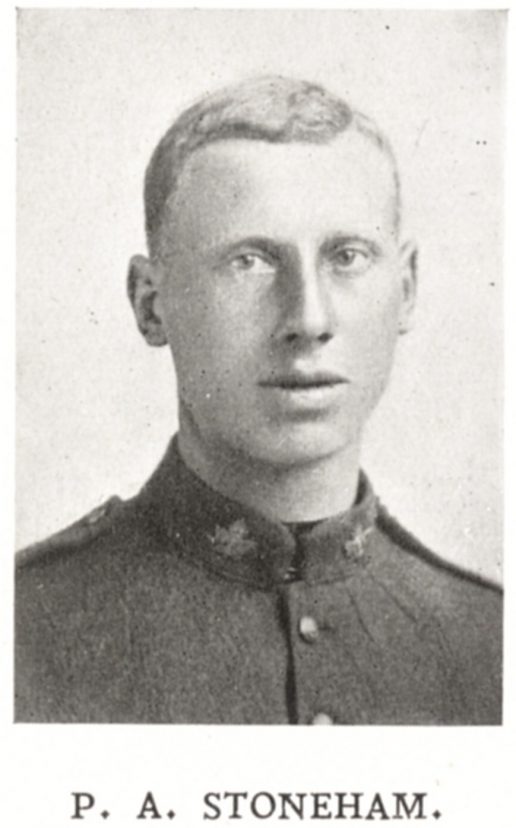 Phil was born on October 31st 1887, the younger of two sons of a solicitor, Sydney Stoneham, and his wife, Emily. The family had particularly strong Dulwich connections, as although Sydney himself had not attended the College, four of his brothers had, and Philip and his brother would be followed at the school by four of their cousins. Philip started at the College in the summer of 1889, at the same time as his elder brother John, and left at the end of 1904 whilst a member of the Science Remove. In 1908 he moved to Canada where he became a farmer in Alberta.

In December 1914 Phil enlisted as a member of the Canadian Mounted Rifles, although he and his unit did not leave for Europe until May 1915. He travelled across to the front for the first time that September and, apart from a short period of leave back in England the following March, spent the next nine months on the front line. He was posted as missing after an assault at Ypres on June 2nd 1916 and later declared to have died on that date. His elder brother, John, had been killed in action at Festubert the previous year, and two of their Old Alleynian cousins, Allen and Kenneth Barclay, also fell during the war.