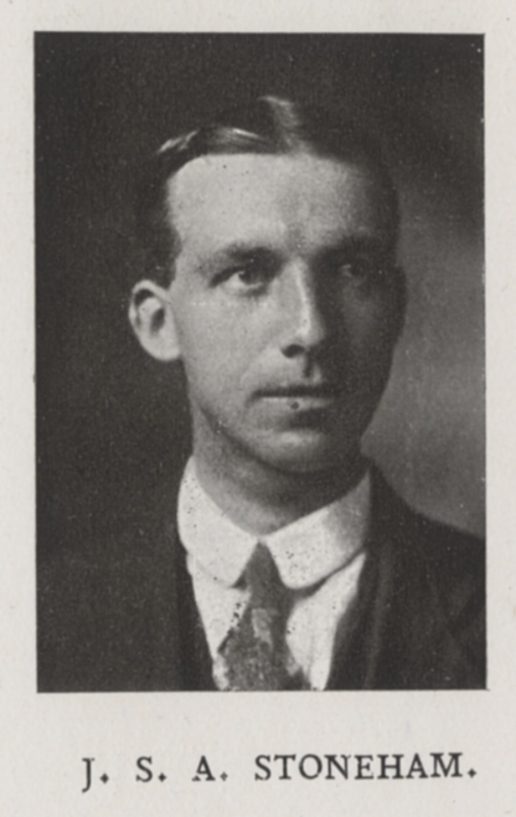 Born on July 4th 1886, John was the eldest son of a solicitor, Sydney Stoneham, and his wife, Emily. The family had particularly strong Dulwich connections, as although Sydney himself had not attended the College, four of his brothers had, and John and his brother would be followed at the school by four of their cousins. John’s time at the College started in the summer of 1899, at the same time as his younger brother Philip, and lasted four and a half years until the end of 1903. From Dulwich he went on to take up a position in the drawing office at Woolwich Arsenal, subsequently going on to qualify as a civil engineer; he was also a reservist in the Royal Engineers for a total of eight years. In 1912 he went over to Canada where he found employment in the Dominion Bridge Company, Winnipeg, working as a steel engineer.

In September 1914, shortly after war was declared, John enlisted for military service and was assigned to Lord Strathcona’s Horse, a cavalry regiment. After being part of one of the earliest Canadian contingents to come to Europe, he went over to the front for the first time at the start of May 1915. Mere weeks later, on May 24th, he was killed in action at Festubert. His younger brother, Philip, was killed in action at Ypres the following summer and two of their Old Alleynian cousins, Allen and Kenneth Barclay, also fell during the war. 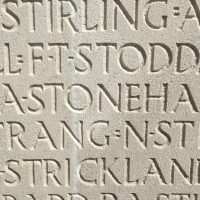