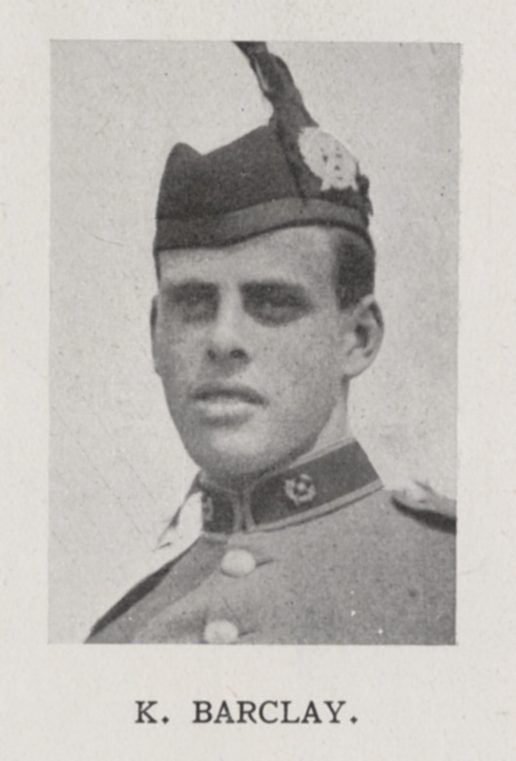 Kenneth was born on December 31st 1892, the fourth of five children, and third of four sons, of Henry Barclay and his wife, Mary, nee Stoneham. The family had immensely strong traditions at Dulwich, as not only was Henry an OA, but so were Mary’s four brothers, and not only would Kenneth and his three brothers all go on to attend the College, but also two of their cousins as well. After leaving Dulwich Kenneth joined the London Scottish Battalion of the London Regiment as a private in May 1911.

The commencement of hostilities saw his regiment mobilised, and by September 1914 he was on the Western Front where he took part in the First Battle of Ypres. On November 12th he was killed in action near Zillebeke and is commemorated by a plaque at St. Philip’s Church in Sydenham, where he had sung in the choir for four years. His elder brother, Allen, and cousins, John and Philip Stoneham, all OAs, also fell in action.