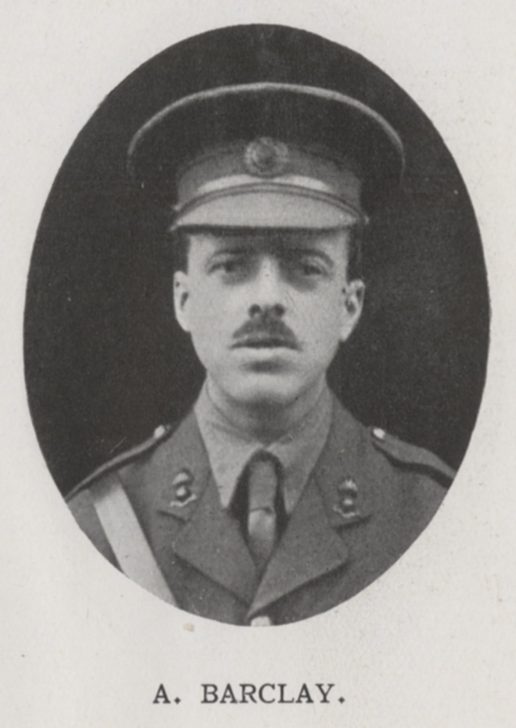 Allen was born on February 17th 1887, the eldest of five children of Henry Barclay and his wife, Mary, nee Stoneham. The family had immensely strong traditions at Dulwich, as not only was Henry an OA, but so were Mary’s four brothers, and not only would Allen and his three brothers all go on to attend the College, but also two of their cousins as well. After leaving Dulwich Allen went on to Birmingham University, graduating with a Bachelor’s in Science, before taking a post-graduate scholarship with the Institute of Mining and Metallurgy, subsequently spending three years working in the gold mines in South Africa. His geological career took him to places as disparate as Norway and Burma.

When the War began he at once signed up, joining the Royal Engineers with whom he stayed after receiving his commission on November 1914. When, early in 1915, the separate Mining Corps was founded, he was recommended by the I.M.M. as an expert advisor, a role he took to with determination, often sleeping as little as two hours a day. On 24th April he was working in a tunnel near Givenchy when a German mine exploded, killing him and one of his men. His brother, Kenneth, and cousins, John and Philip Stoneham, all OAs, also fell in action.