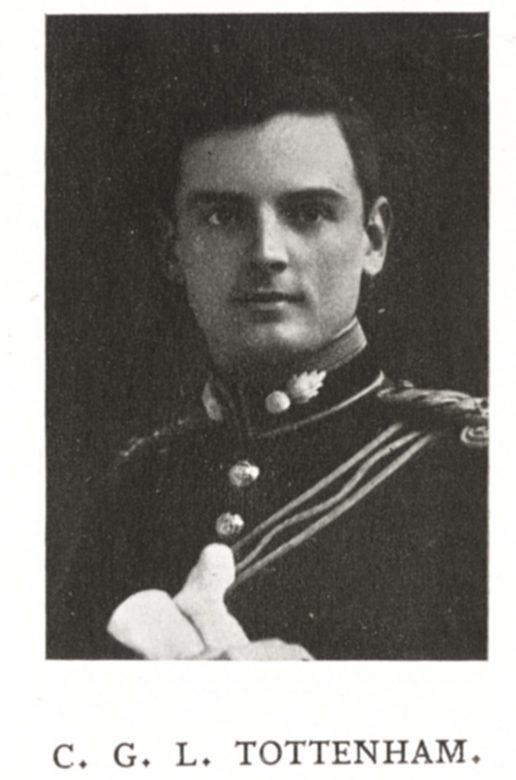 Gordon was born on October 11th 1888 in Hobart, Tasmania, the son of Henry Tottenham, a Major-General in the Bengal Staff Corps, and his Indian-born wife, Helen. By the time he started at Dulwich, at the beginning of 1902, his father had passed away, and he was living in London with his mother, brother and sister. He would go on to be at the College for three and a half years, leaving in the summer of 1905 whilst a member of the Sixth Form Army Class. After leaving he went on to the Royal Military Academy, Woolwich, from where he passed out in December 1907 in order to take up a commission in the Royal Engineers. He subsequently spent several more years in training, at the School of Military Engineering in Chatham as well as at Plymouth, where he undertook a course on searchlights and coastal defence. In May 1910 he was promoted to Lieutenant and shortly afterwards transferred to India. Once in the subcontinent he was sent to Rangoon, in modern-day Myanmar, and placed in charge of both the Defence Light Section of the 2nd Sappers & Miners, as well as the training of the Port Defence Volunteers. In 1913 he was transferred to Calcutta and the following year to Cawnpore. He was particularly gifted with languages, and during this period had become proficient in Hindustani, Burmese and Yunannese, as well as being fluent enough in German to act as an interpreter.

In October 1914 Gordon was promoted to Captain and sent to Europe where he served on the line of communication near Rouen. The following March he was attached to 4th Company of the 1st Sappers & Miners, with whom he served through the battle of Neuve Chapelle. Shortly afterwards however, on March 30th 1915, he was mortally wounded whilst on an inspection at Vieille Chapelle, and died later that day. 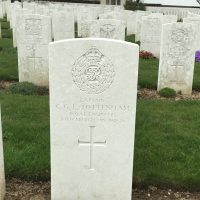 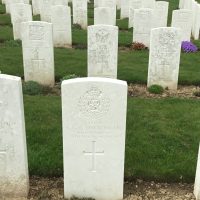 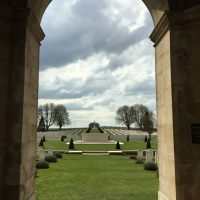