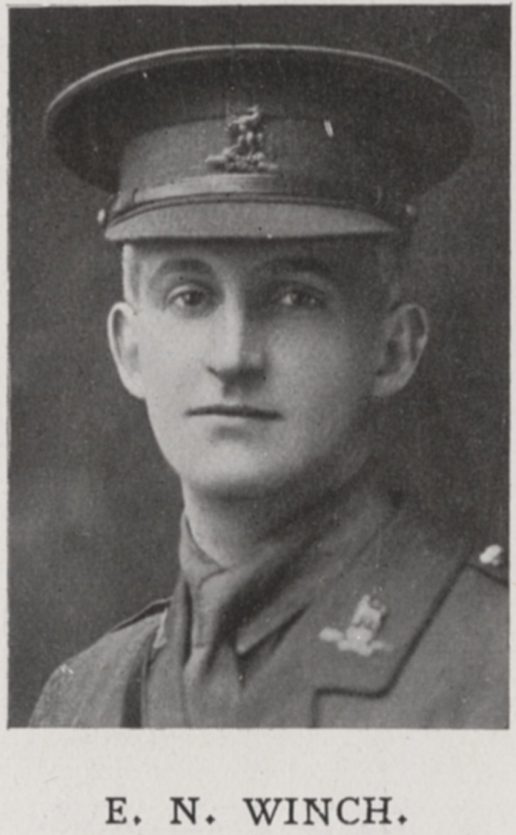 8th Battalion, The Queen's Own The Royal West Kent Regiment

Born 12th December 1879, Edward Winch was the son of a solicitor. Having left Dulwich College upon completing the 5th form, he went into the Royal Exchange Assurance. He joined up under the Derby scheme, entering the ranks of the Artists Rifles, 28th Battalion London Regiment, in February 1917. He was gazetted to a temporary commission in the Royal West Kent Regiment in October 1917 and proceeded to France in the following April, taking part in minor engagements in the Lens district, until ordered to March on Cambrai. He was killed by a shell during the attack on the village of Awoingt on 9th October 1918. He left behind a widow and a son.