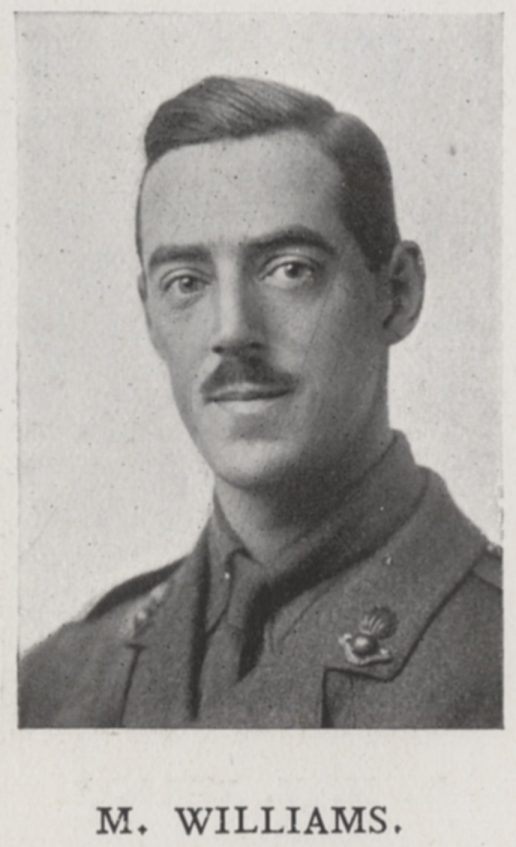 Montgomery was born 7th August, 1885, and after spending five years at Dulwich went on to attend the Naval College Greenwich. After passing out in September 1902 he entered the Royal Marine Artillery, going on to be promoted to Lieutenant the following year and Captain in 1913; during this time he spent three years serving on Ascension Island. Shortly after the outbreak of war in August 1914 Montgomery was involved in a landing at Ostend, before going on to serve under Commander Samson in the Naval Armoured Motorcar section. Whilst serving he was twice mentioned in dispatches, before being invalided home after being wounded. He returned to France in February, 1915, with the Royal Marine Artillery Howitzer Brigade, commanding No. I 15-inch gun. He was killed in action at Martinsart on 23rd August, 1916, being survived by his widow. His younger brother Harry Williams, a fellow OA, would also go on to fall, in May 1918.