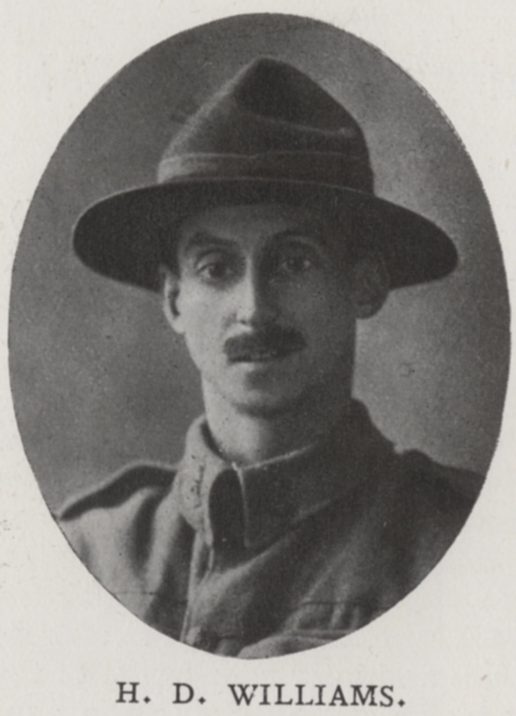 Born on 20th November, 1894, Danvers was the son of Plunkett Williams. He was the third of three brothers to come to the College, having been preceded by his brothers Cuthbert and Montgomery. Additionally their sister Maud would also go on to marry an OA, William Loudoun-Shand (who’s brother Stewart, also an OA, would win a V.C. during the first day of the Somme). After leaving Dulwich in the summer of 1904 he went out to New Zealand, where he was to spend the next decade.

The declaration of war saw Danvers enlist in the military, and shortly afterwards he came over to Europe with the New Zealand Forces, proceeding to France in February, 1916. He was on the front line almost continually for over two, until he was killed in action at Hebuterne on 19th May, 1918.