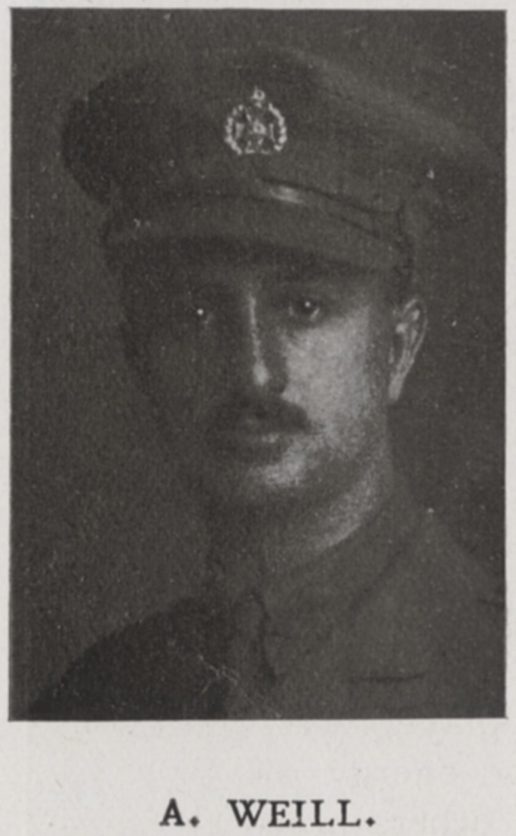 Born 4th October, 1884. Soon after leaving School he went abroad, but on his return home went into the City and joined the London Rifle Brigade, 5th Battalion London Regiment; lack of time, however, forced him to give up the territorials. At outbreak of war he at once joined up and went to France with his old Corps in November, 1914. In April, 1915, during the second battle of Ypres he was slightly wounded and shortly after he obtained his commission being gazetted temporary 2nd Lieutenant in the Rifle Brigade in October. He was attached to the 1st Battalion of his regiment and lost his life in a gallant attempt to save his men by warning them of a gas attack – he ran down the trench without stopping to adjust his own helmet – near Ypres on 9th August, 1916, and was buried at Essex Farm Cemetery.