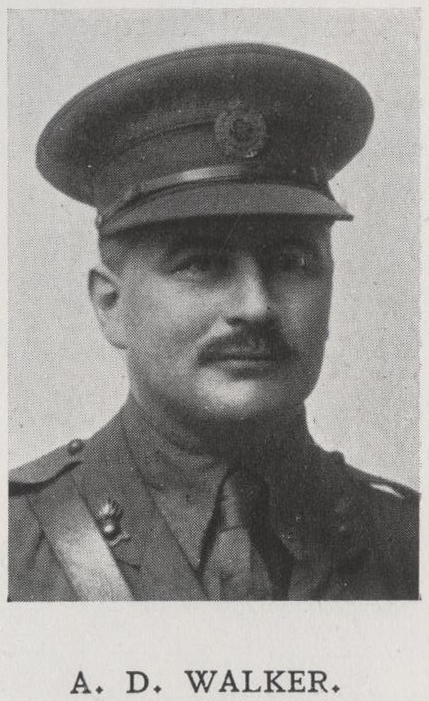 Born on July 3rd 1879, Arthur was the youngest of four sons of Alexander Walker, a Major-General in the Royal Artillery, and his wife Anne. He began at the Prep, before coming to the College, where he had been preceded by all three of his older brothers, in the summer of 1891, not long after his twelfth birthday. After four years at the College, during which time he earned himself a scholarship, he left in the summer of 1895, going on to attend the Royal Military Academy, Woolwich. After passing out at the end of 1898 he took a commission in the Royal Engineers, subsequently being sent out to India, where he was promoted to Lieutenant in 1901. During 1904-05 he was part of the expedition to Tibet, led by Francis Younghusband, during which he was wounded, and would go on to be mentioned in dispatches for his role during the expedition. In 1907, whilst working on the North-Western State Railway, he was promoted to Captain.

Shortly after the declaration of war in the summer of 1914 Arthur was recalled to England, where upon his arrival that October he was appointed as Adjutant with the 18th Divisional Engineers. The following July, a month after being promoted to Major, he was sent over to France for the first time, and after serving through the Battle of the Somme would go on to be mentioned in dispatches for a second time in his career in January 1917. That May he was promoted once more, to Lieutenant-Colonel, and at the same time placed in command of the 24th Divisional Engineers. On March 26th 1918 he was reported missing during the British retreat across the Somme, and was later officially ruled to have been killed in action that day; he was however posthumously awarded the D.S.O. that June. William, the middle of his three elder brothers who were all fellow Alleynians, had been killed three years earlier whilst serving in East Africa, whilst Ethel, Arthur’s widow, would go on to survive him by twenty years. 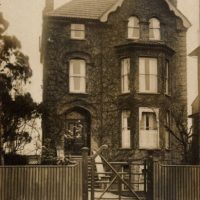