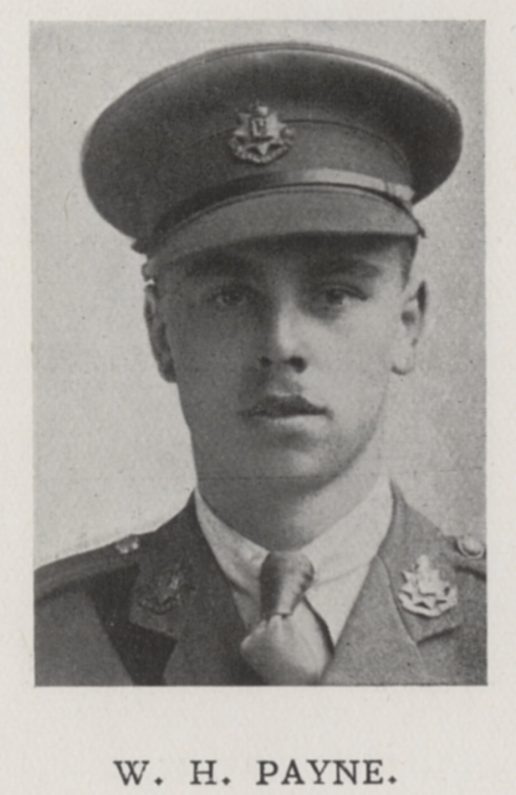 Born July 3rd 1895, William was the middle of five children of a Birmingham-born accountant, also named William Henry Payne, and his wife, Phoebe. He came to Dulwich in the summer of 1908, having previously attended Herne Bay Prep School, and would later be joined by his younger brother, Stuart; additionally, their sister Phyllis would later go on to marry Charles Carey, a fellow OA. William’s time at the College came to an end in 1911, after three years, and he went on to take up a position with his father’s accounting firm in the City, working towards becoming an Incorporated Accountant. He was also during this period an active member of the OAs.

In September 1914, shortly after the declaration of war, William signed up as a member of the University and Public Schools Battalion of the Royal Fusiliers, with whom he went to France for the first time late the following year. In March 1916 he returned to England to train for a commission, being granted one that August in the East Surrey Regiment. Not long after, however, in December, he once more went to France, where he was transferred to the Royal Fusiliers. Within two months of this, on February 17th 1917, he was killed in action at Miraumont, aged 21.