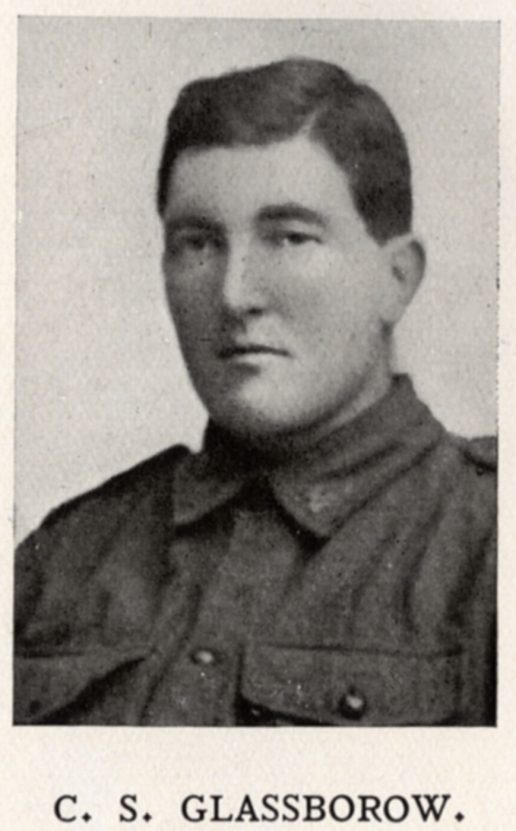 Born August 13th 1893, Charles was the third of four children, and elder son, of a stockbroker, also named Charles Glassborow, and his wife, Clara. He came to Dulwich in the summer of 1908 and during his two years as a pupil was a boarder in Elm Lawn, a path his younger brother James would repeat in 1912. After leaving the College he spent several years as an apprentice farmer in Sussex, before in 1912 moving to take up farming near Perth in Western Australia.
In the early spring of 1916, whilst still in Western Australia, Charles volunteered as a member of the Australian Imperial Force, joining the 11th Light Trench Mortar Battery. That summer he came to England, and spent several months training on Salisbury Plain before progressing to France for the first time that December. In early March 1917 he was given a promotion to Corporal and had been scheduled to link up with the O.T.C. at Oxford University that April, with a view to taking up a commission. Before this could happen however, he was killed by a shell blast, whilst serving at Armentieres on March 14th 1917.