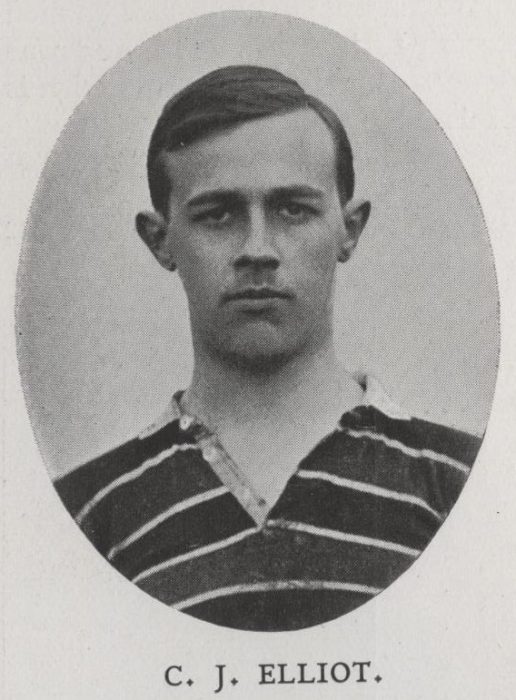 Born on October 19th 1893, Christopher was the second son of Roland Elliot, manager of a Merchants and Insurance Company, and his wife, Sophie. He was the first of three Elliot boys to come to Dulwich, with his younger brothers, Douglas and Lawrence, starting at the College respectively two and sixteen, years after him. After leaving he took up a position with the Gresham Life, Fire & Accident Insurance Company, and during this period also served as a volunteer member of the London Rifle Brigade, as well as being a keen member of the Old Alleynians.
When war was declared Christopher, as a volunteer already, was called up for full time service. After spending a short amount of time in England, he and his unit went over to France in November of 1914, and for the next six months were serving on the front line. On April 27th 1915, whilst serving in the 2nd Battle of Ypres, he was killed when a German shell hit a dressing station to which he had just carried a wounded comrade. Upon his death his family received a personal letter from the General who had been in command of his section, commending him not only for this act, but also for a previous occasion on which he had left the relative safety of his dugout in order to deliver water to wounded men lying in the open.