Back to Elliot, CJ 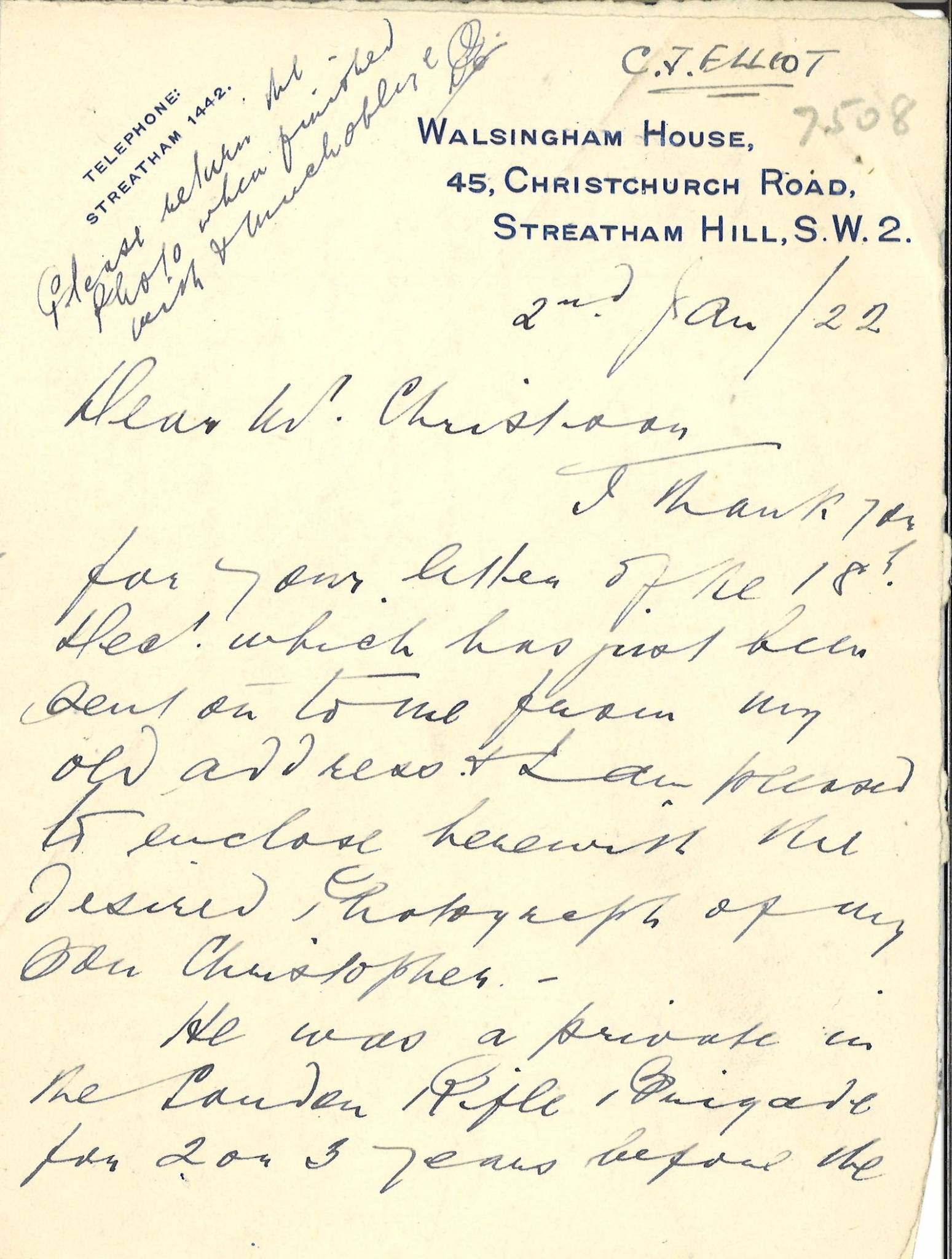 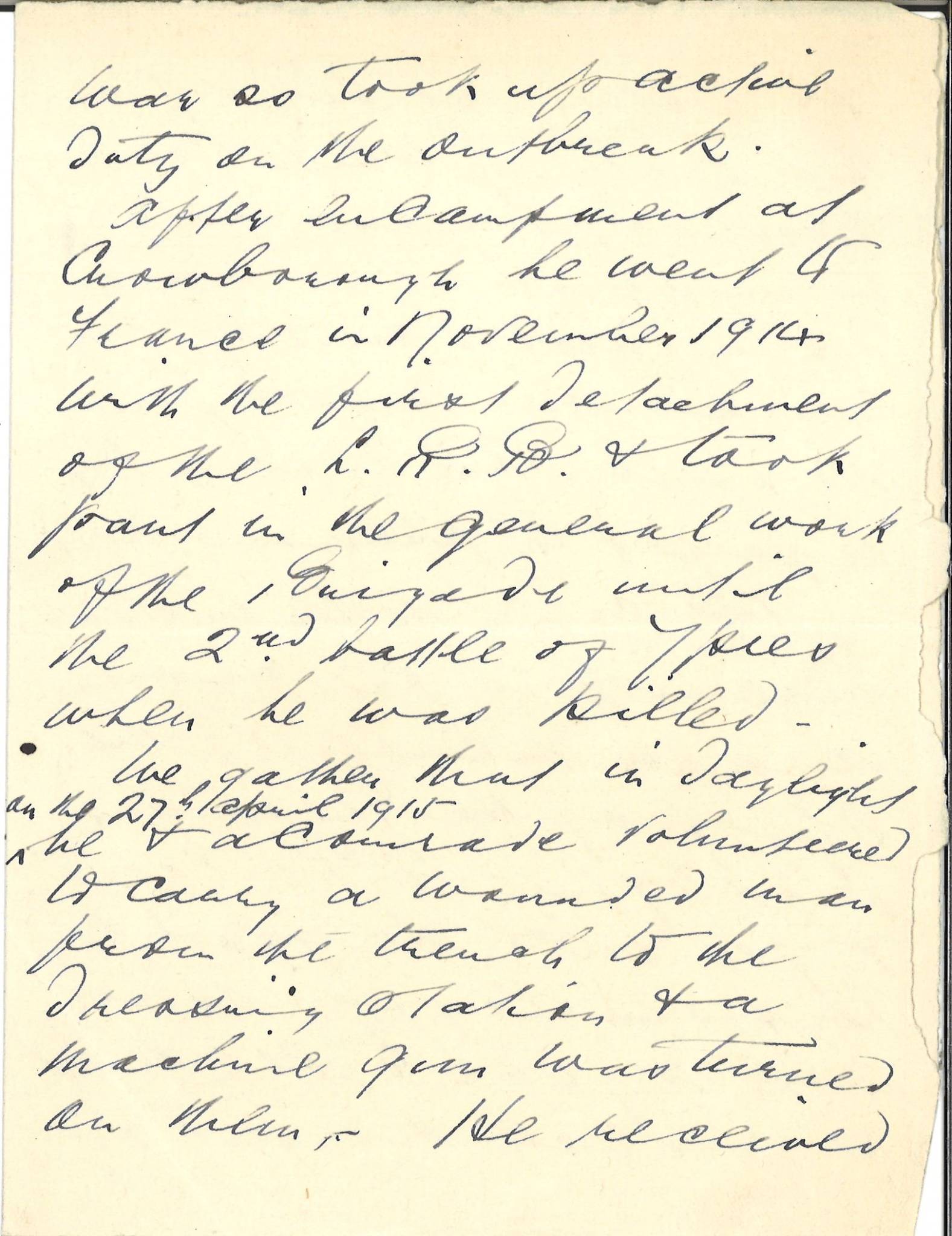 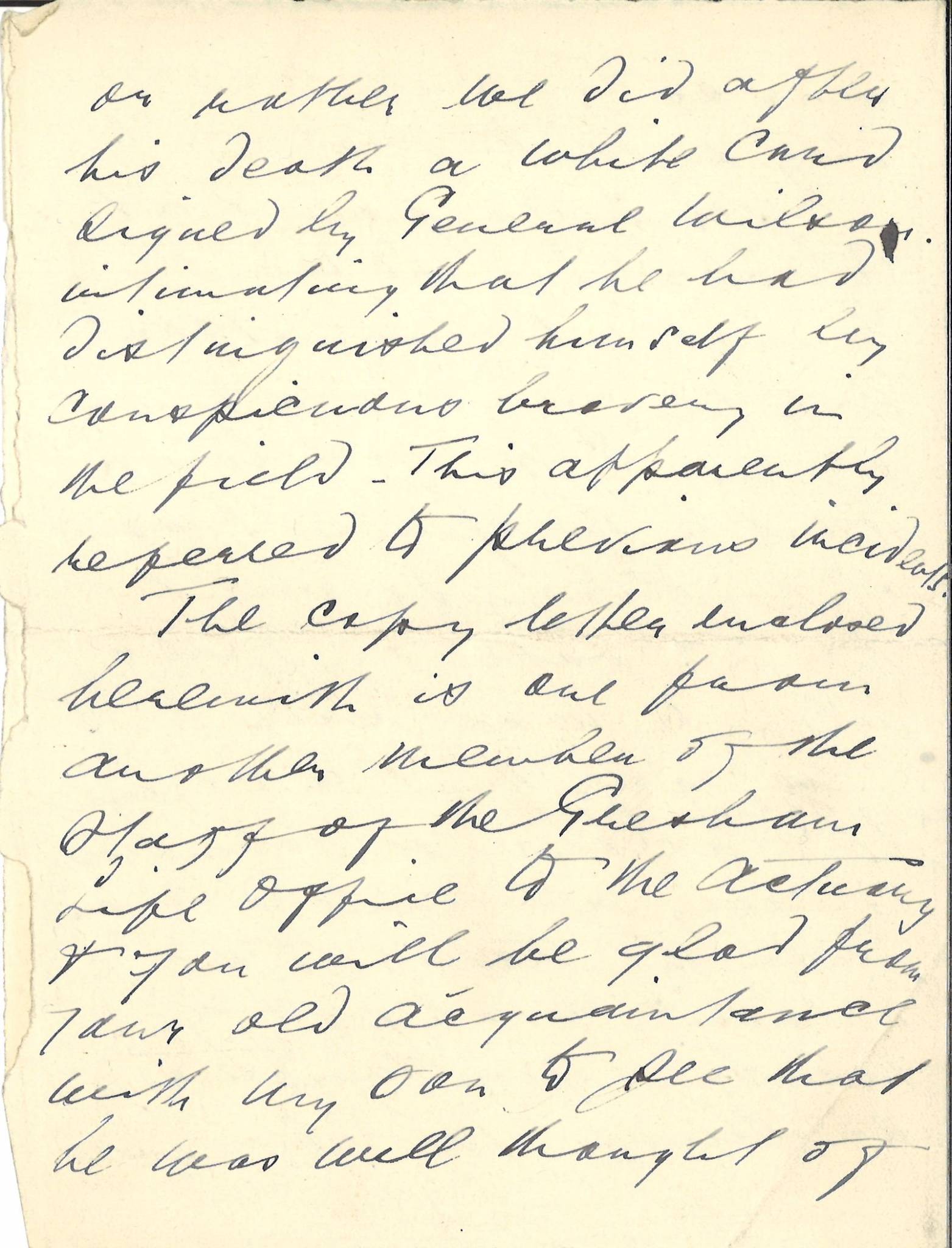 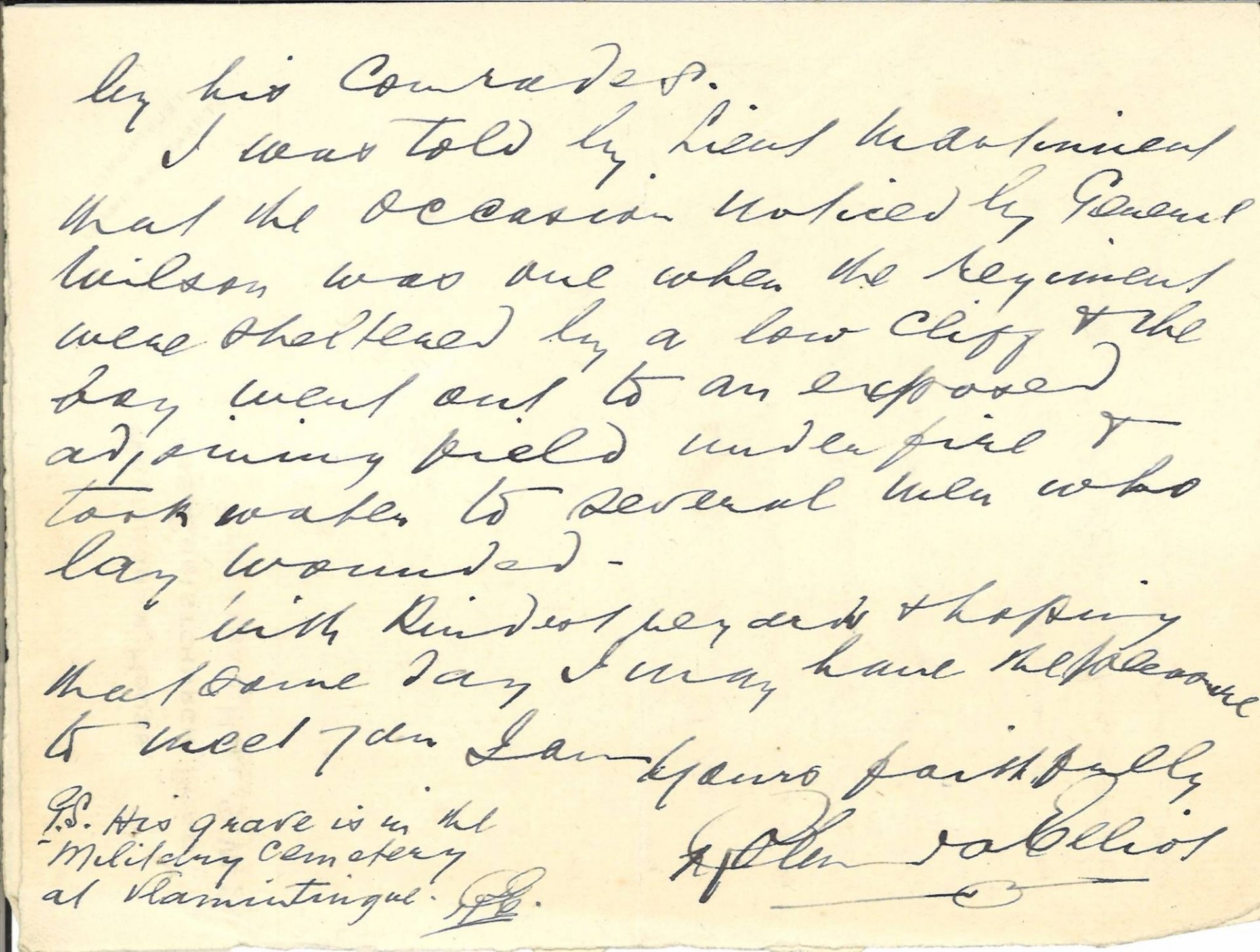 Please return the photo when finished with [& much obliged?] RE.

I thank you for your letter of the 18th Dec. which has just been sent on to me from my old address. I am pleased to enclose herewith the desired photograph of my son Christopher.

He was a private in the London Rifle Brigade for 2 or 3 years before the [2] so took up active duty on the outbreak.

After encampment at [Canterbury?] he went to France in November 1914 with the first detachment of the L.R.B. & took part in the general work of the Brigade until the 2nd battle of Ypres when he was killed.

We gather that in daylight on the 27th April 1915 he & a comrade volunteered to carry a wounded man from the trench to the dressing station & a machine gun was turned on them. He received [3] or rather we did after his death a white card signed by General Wilson, intimating that he had distinguished himself by conspicuous bravery in the field. This apparently referred to previous incidents.

The copy letter enclosed herewith is [cut from?] another member of the Staff of the Gresham Life Office to the actuary & you will be glad [from?] your old acquaintance with my son to see that he was well thought of [4] by his comrades.

I was told by Lieut. [Mackinnon?] that the occasion noticed by General Wilson was one when the regiment was sheltered by a low cliff & the boy went out to an exposed adjoining field under fire & took water to several men who lay wounded.

P.S. His grave is in the military cemetery at Vlamertinghe. RE.