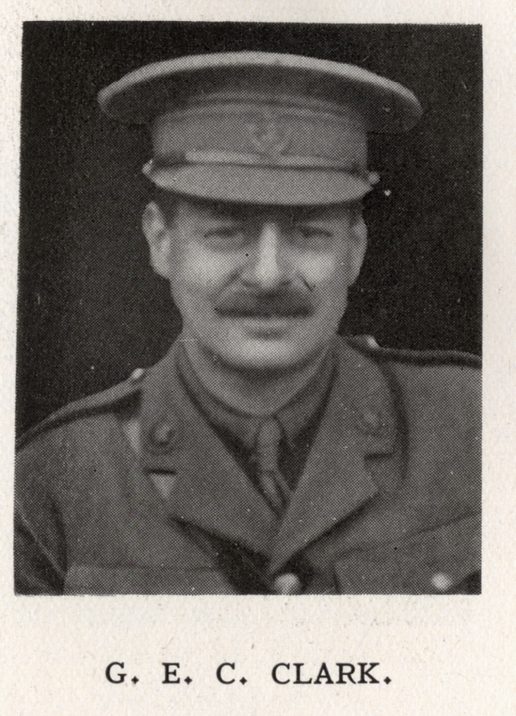 George was born on January 15th 1878, the son of chartered accountant George Clark and his wife Chirston, and was the eldest of what would go on to be four Clark boys to attend Dulwich. Whilst at the College he was a student on the classical side, and in his last year was a member of the Shooting VIII. From Dulwich he went into the city, originally qualifying as a chartered accountant, before later serving as secretary of a public company. During this period he was also hugely active as an army reservist, having originally signed up in 1895 in the Tower Hamlets Volunteer Rifle Corps, being promoted to Lieutenant a year later and Captain in 1898; in 1904 his younger brother Horace took a position in the same Corps. Upon the formalisation of the Territorial Force in 1907 both George and Horace took positions in the 17th Battalion London Regiment. By the end of 1913 he had left the Reserves, but the outbreak of war a year later drew him back into military life.
As an experienced reservist George entered the regular army at a fairly high rank, being given the, at first temporary, position of Captain with the Loyal North Lancashires upon signing up in January 1915. In September of that year he and his regiment went across to France for the first time and spent much of the following winter on the front lines. Whilst serving at Ploegsteert on January 9th 1916 he was killed; his brother Horace, a fellow OA, would also be killed later in the year.