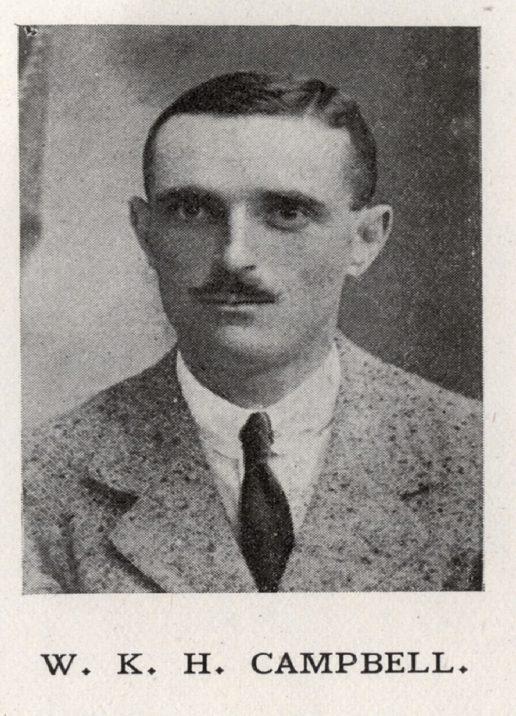 William was born in India on December 9th 1872, the eldest of four sons of army Colonel William Campbell, all four of whom would not only go on to attend the College, but also subsequently follow their father into the military. After leaving the College he went to Sandhurst, and subsequently took his commission in the Duke of Cornwall’s Light Infantry, with whom he returned to India in order to serve on the Northern Frontier. In 1896 he took the position of Superintendent of Fencing and Gymnastics at Lucknow, and the following year took a promotion to Lieutenant in the Indian Army. He spent a year in the 16th Madras Infantry before switching to the 12th Pioneers, where he continued his rise through the ranks, being made a Captain in 1902 and a Major in 1911; he was also, on separate occasions, both the Quartermaster and Adjutant of the Regiment.
Even after the declaration of War in Europe the 12th Pioneers remained in India, and in 1915 William was made second-in-command of the whole Regiment. The following year, whilst engaged in the Mohmand Blockade on the North-West Frontier, he contracted TB, and as a result was invalided back to England. He never recovered, and passed away from his illness at Tavistock in Devon in the spring of 1918. His younger brother Graham, a fellow OA, had passed away at Loos in September 1915; he was however survived by his widow, Amy, and their son.