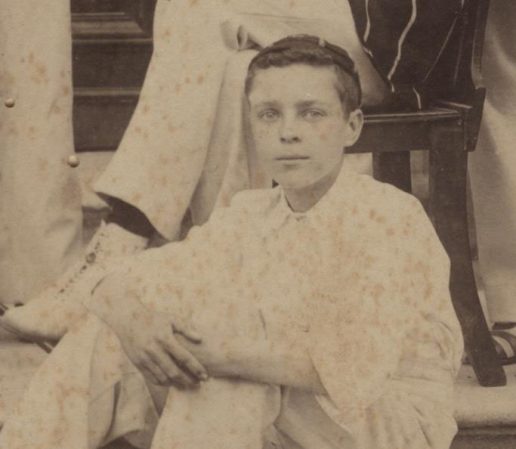 Born on 28th February 1880, Graham was the youngest of four sons of Army Colonel William Campbell, all four of whom would not only go on to attend the College, but also subsequently follow their father into the military. He went from Dulwich on to Sandhurst, and after passing out in 1899 spent eighteen months as a 2nd Lieutenant in the Bedfordshire Regiment. In early 1901 he was assigned to the Indian Army, and simultaneously promoted to Lieutenant. In 1908 he was promoted again to Captain, shortly before the Bazar Valley Campaign, during which he was seriously wounded. In 1913 he was given the role of Staff Officer to the Inspector-General of Volunteers in India, one which he still held the next summer.

Graham was at home on leave when the declaration of war occurred in August 1914 and, after making himself known to the War Office was attached to the 10th Battalion, Argyll and Sutherland Highlanders, assisting them through their training before going over to France with them in May of 1915. He spent that summer as a Double Company Commander; however he was to fall in his first major engagement – being shot and killed at Loos on September 25th 1915, a day which saw not only the loss of Graham, but also of eight other OAs making it the worst day for the College, in terms of losses, of the whole war. His elder brother William, a fellow OA, also passed away.