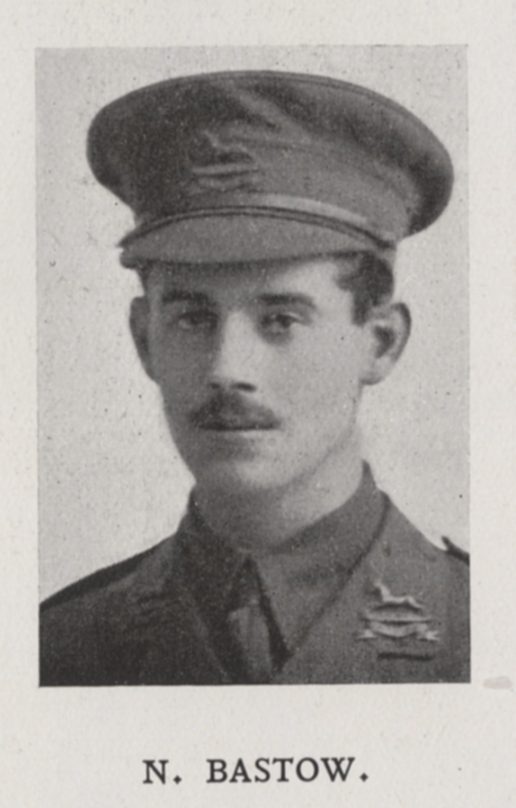 Norman was born on 10th June 1894, the son of Thomas and Margaret Bastow, albeit by the time he left Dulwich his guardian was listed as his stepfather, the Rev. Alfred Starling, of Darlington. This meant that he left the College from the Lower Fourth, in order to continue his education in Newcastle. From there he progressed to London University and was serving his engineering apprenticeship back in the North-East with the Wallsend Slipway and Engineering Company when war was declared.

Norman volunteered straight away and in September 1914 was granted a commission in the West Yorkshires. In June of 1915 he was promoted to Lieutenant shortly before transferring to France, where he spent some time attached to the Northumberland Fusiliers before returning to his own regiment. He was serving with a Trench Mortar Battery near Les Boeufs on the Somme when he was killed by a sniper. His elder brother, Frank, not only a fellow OA but also a fellow member of the West Yorkshires, also fell in action.