Back to Wood, TP 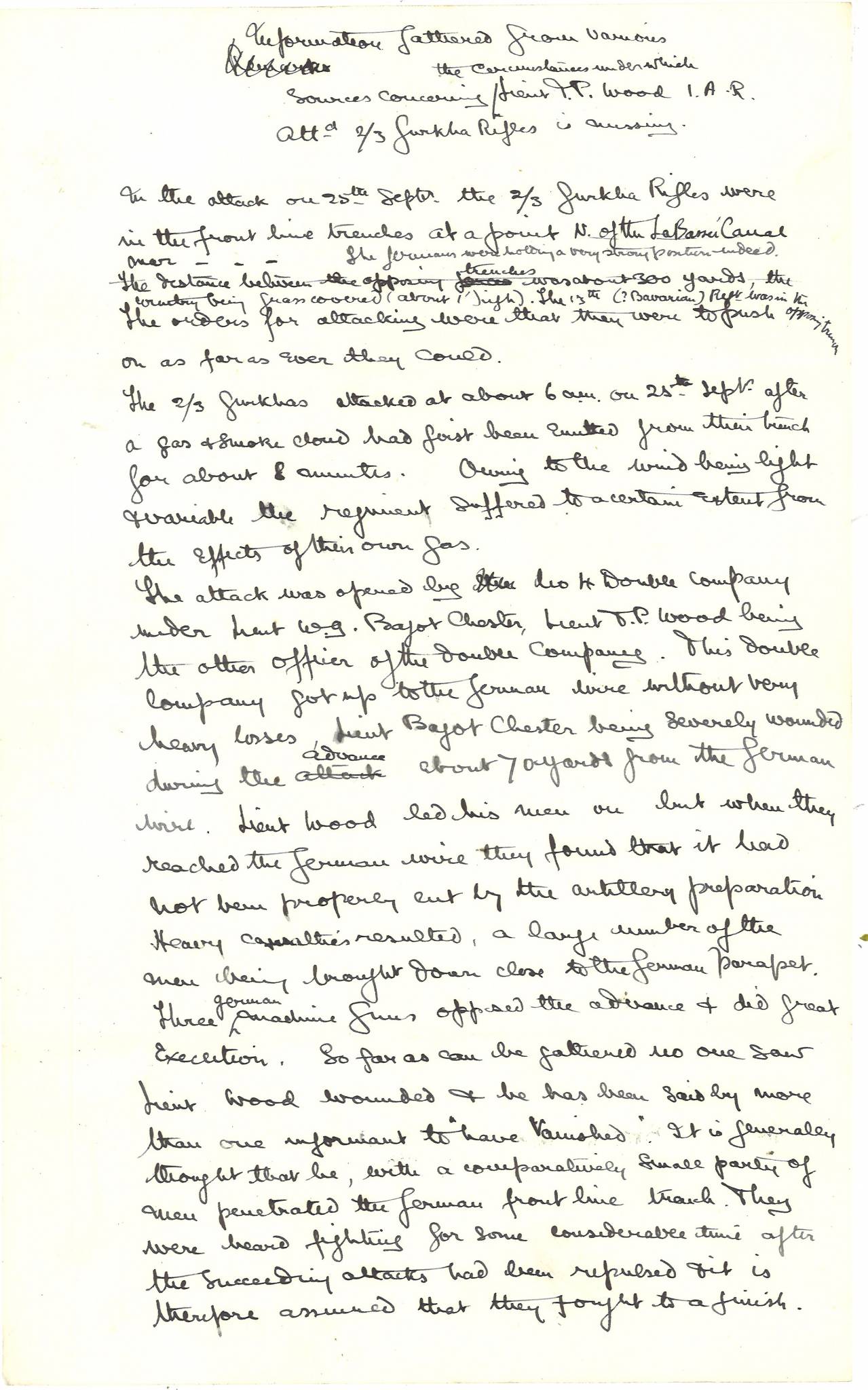 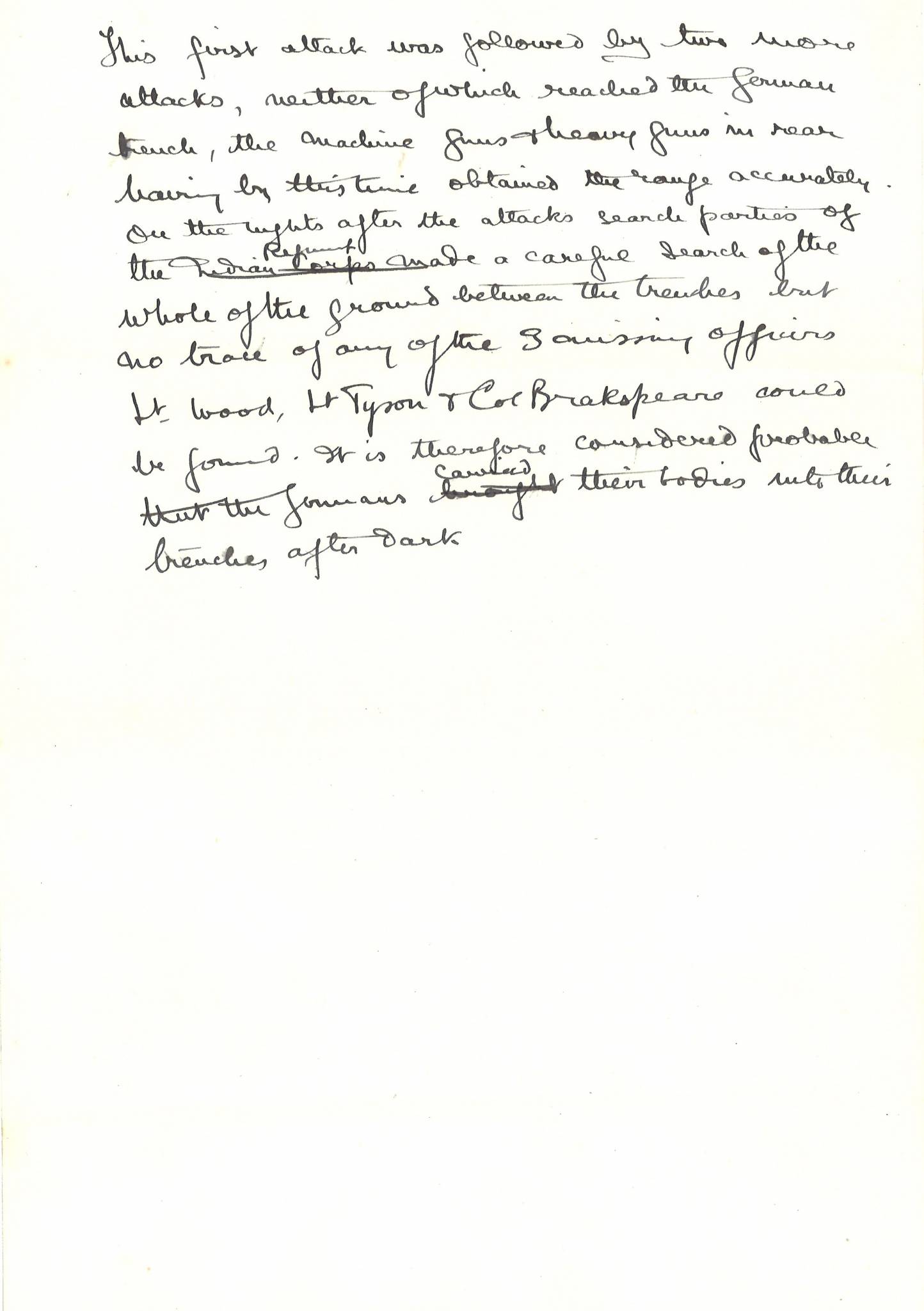 sources concerning the circumstances under which Lieut. T.P. Wood I.A.R.

In the attack on 25th Sept. the 2/3 Gurkha rifles were in the front line trenches at a point N. of the La Bassée Canal [near?] _ _ _     The Germans were holding a very strong position indeed. The distance between the opposing trenches was about 300 yards, the country being grass covered (about 1’ high). The 13th (?Bavarian) Regt. was in the opposing trenches. The orders for attacking were that they were to push on as far as ever they could.

The 2/3 Gurkhas attacked at about 6 a.m. on 25th Sept. after a gas & smoke cloud had first been emitted from their trench for about [8?] minutes. Owing to the wind being light & variable the regiment suffered to a certain extent from the effects of their own gas.

The attack was opened by No. 4 Double Company under Lieut. W.G. Bagot Chester, Lieut. T.P. Wood being the other officer of the double company. This double company got to the German line without very heavy losses, Lieut. Bagot Chester being severely wounded during the advance about 70 yards from the German wire. Lieut. Wood led his men on but when they reached the German wire they found that it had not been properly cut by the artillery preparation. Heavy casualties resulted, a large number of the men being brought down close to the German parapet.

Three German machine guns opposed the advance & did great execution. So far as can be gathered no one saw Lieut. Wood wounded & he has been said by more than one informant to “have vanished”. It is generally thought that he, with a comparatively small party of men penetrated the German front line trench. They were heard fighting for some considerable time after the secondary attacks had been repulsed & it is therefore assumed that they fought to a finish. [2]

This first attack was followed by two more attacks, neither of which reached the German trench, the machine guns & heavy guns in rear having by this time obtained the range accurately. On the nights after the attacks search parties of the Indian Corps Regiment made a careful search of the whole of the ground between the trenches but no trace of any of the 3 missing officers Lt. Wood, Lt. Tyson & Col. Brakspeare could be found. It is therefore considered probable that the Germans carried their bodies into their trenches after dark.