Back to Fraser, NWG 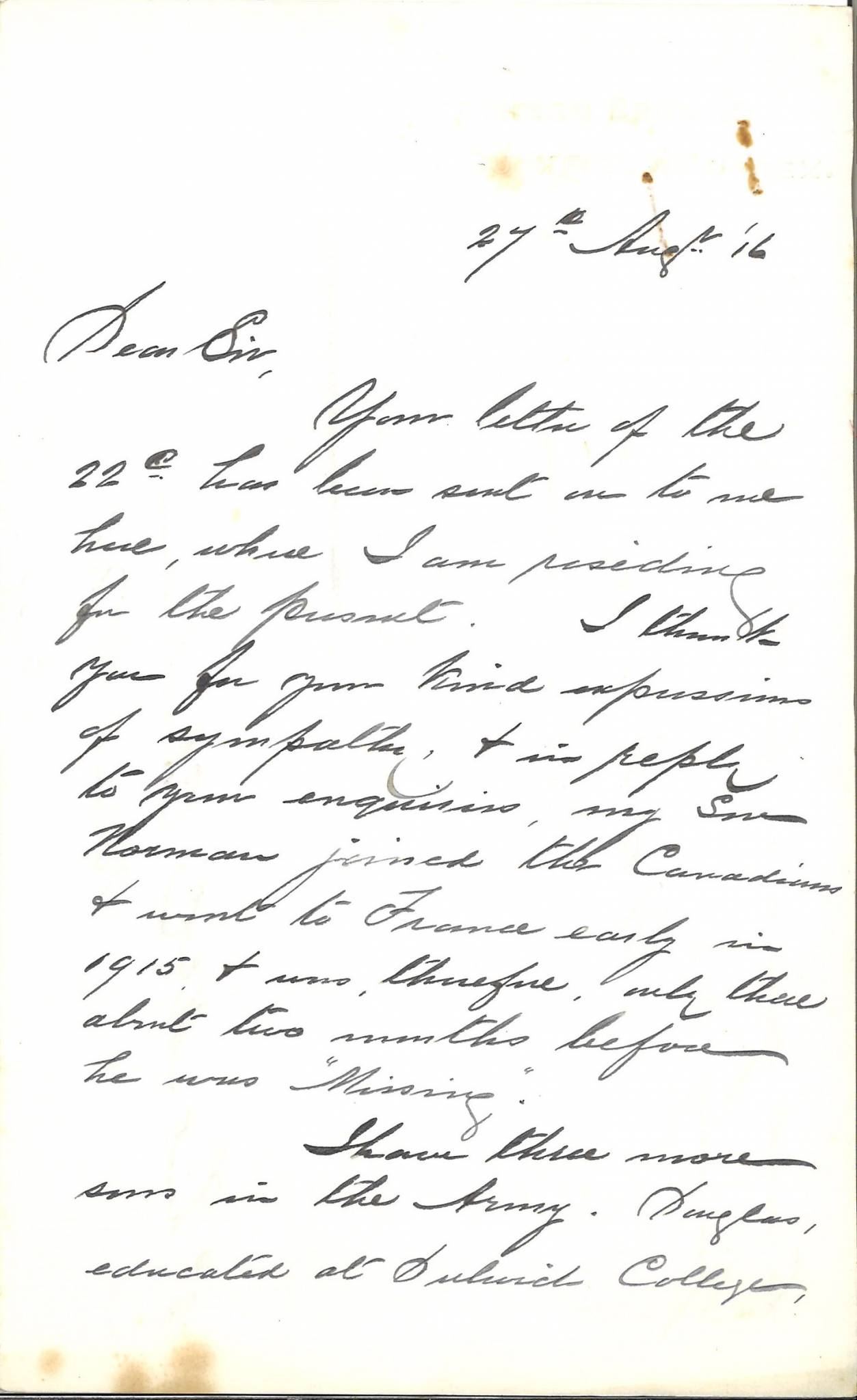 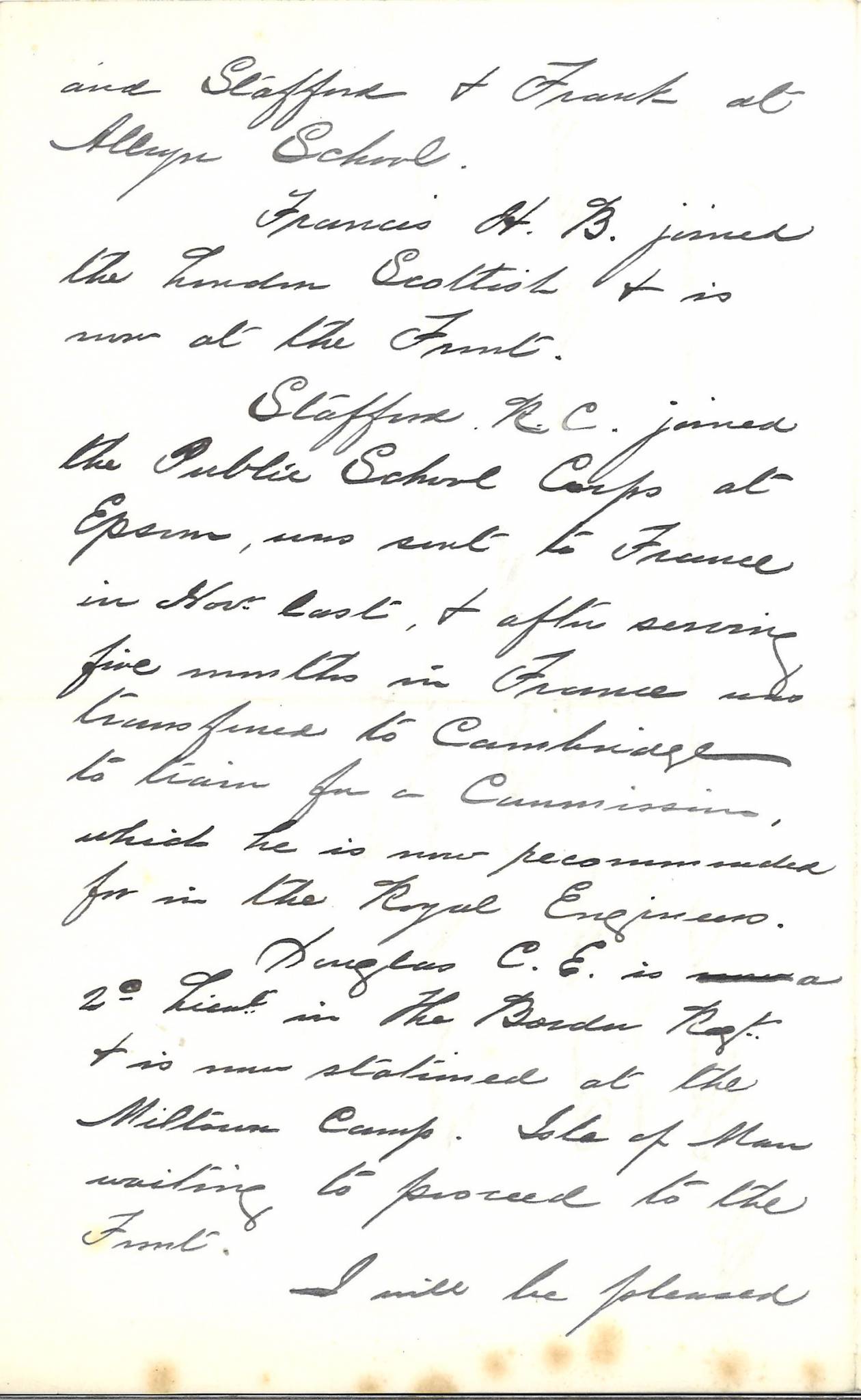 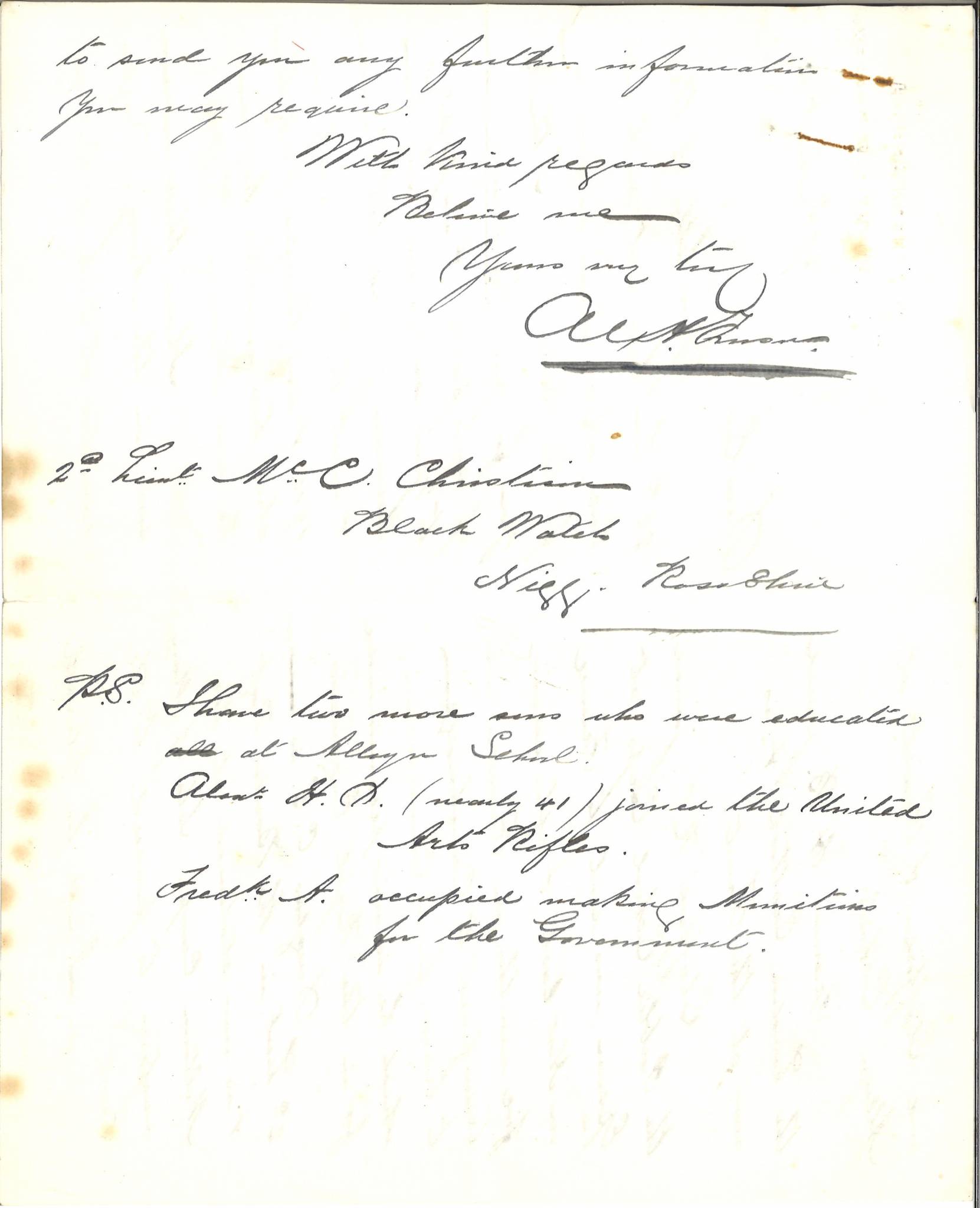 Your letter of the 22nd has been sent on to me here, where I am residing for the present. I thank you for you for your kind expressions of sympathy, & in reply to your enquiries, my son Norman joined the Canadians & went to France early in 1915 & was, therefore, only there almost two months before he was “missing”.

I have three more sons in the Army: Douglas, educated at Dulwich College, [2] and Stafford & Frank at Alleyn School.

Francis H.B. joined the London Scottish & is now at the front.

Stafford R.C. joined the Public School Corps at Epsom, was sent to France in the east, & after serving five months in France was transferred to Cambridge to train for a Commission, which he is now recommended for in the Royal Engineers.

Douglas C.E. is a 2nd Lieut. In the Border Regt. & is now stationed at the Military Camp, Isle of Man, waiting to proceed to the front.

I will be pleased [3] to send you any that you may require.

PS I have two more sons who were educated at Alleyn School.

Frederick A. occupied making munitions for the Government.