Back to Marshall, KH 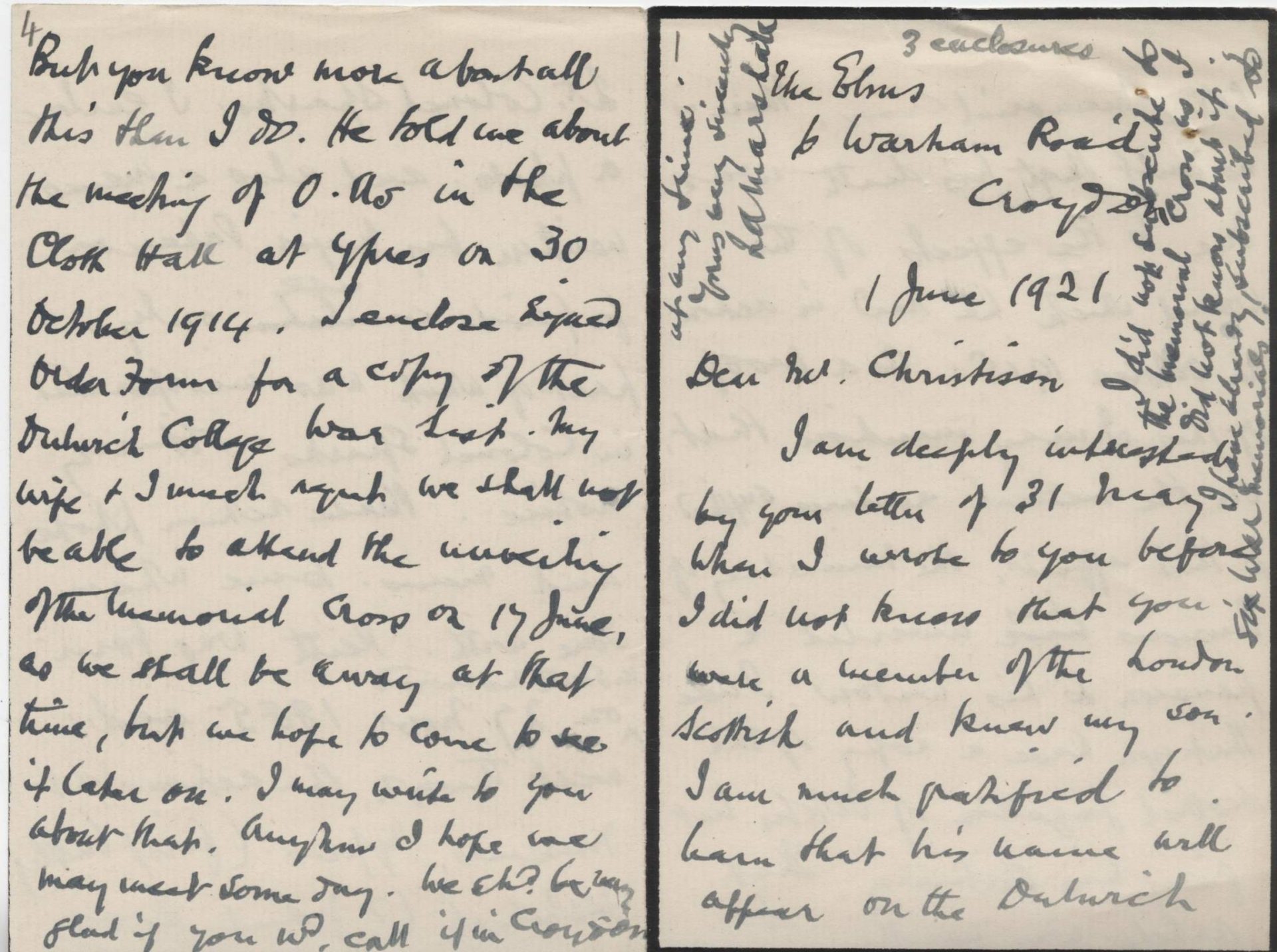 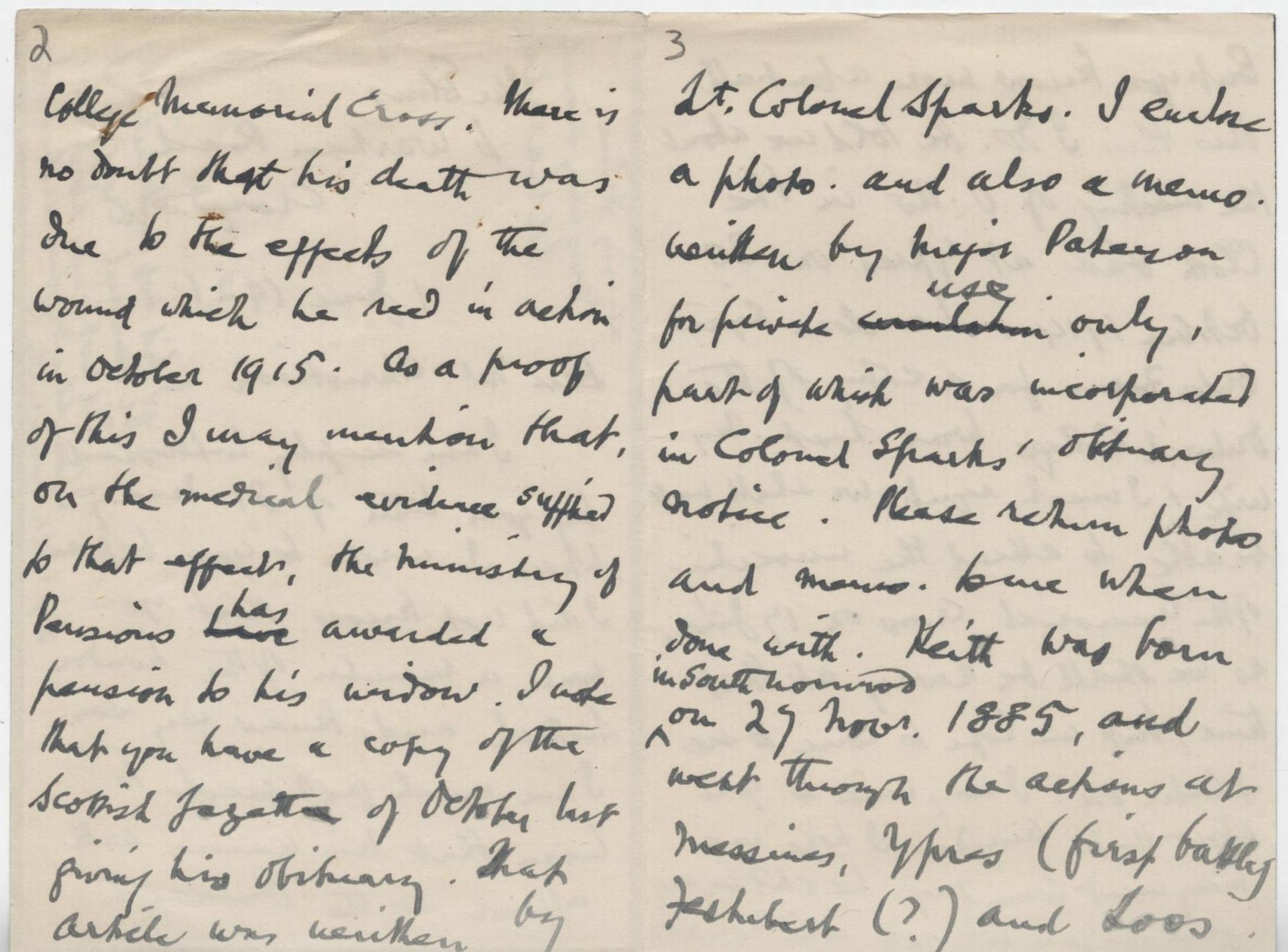 I am deeply interested by your letter of 31 May. When I wrote to you before I did not know that you were a member of the London Scottish and knew my son. I am much gratified to learn that his name will appear on the Dulwich [2] College Memorial Cross. There is no doubt that his death was due to the effects of the wound which he recd. in action in October 1915. As a proof of this I may mention that, on the medical evidence supplied to that effect, the Ministry of Pensions has awarded a pension to his widow. I hope that you have a copy of the Scottish Gazette of October last giving his obituary. That article was written by [3] Lt. Colonel Sparks. I enclose a photo, and also a memo, written by Major Paterson for private us only, part of which was incorporated in Colonel Sparks’ obituary notice. Please return photo and memo to me when done with. Keith was born in South Norwood on 27 Nov. 1885, and went through the actions at Messines, Ypres (first battle), Festubert (?) and Loos. [4] But you know more about all this than I do. He told me about the meeting of O.A.s in the Cloth Hall at Ypres on 30 October 1914. I enclose signed order form for a copy of the Dulwich College War List. My wife & I much regret that we shall not be able to attend the unveiling of the Memorial Cross on 17 June, as we shall be away at that time, but we hope to come to see it later on. I may write to you about that. Anyhow I hope we may meet some day. We shd. [should] be very glad if you wd. [would] call in in Croydon [back to top of 1] at any time. Yours very sincerely, LA Marshall.

I did not subscribe to the Memorial Cross as I did not know about it. I have already subscribed to six War Memorials!