Back to Covington, ET 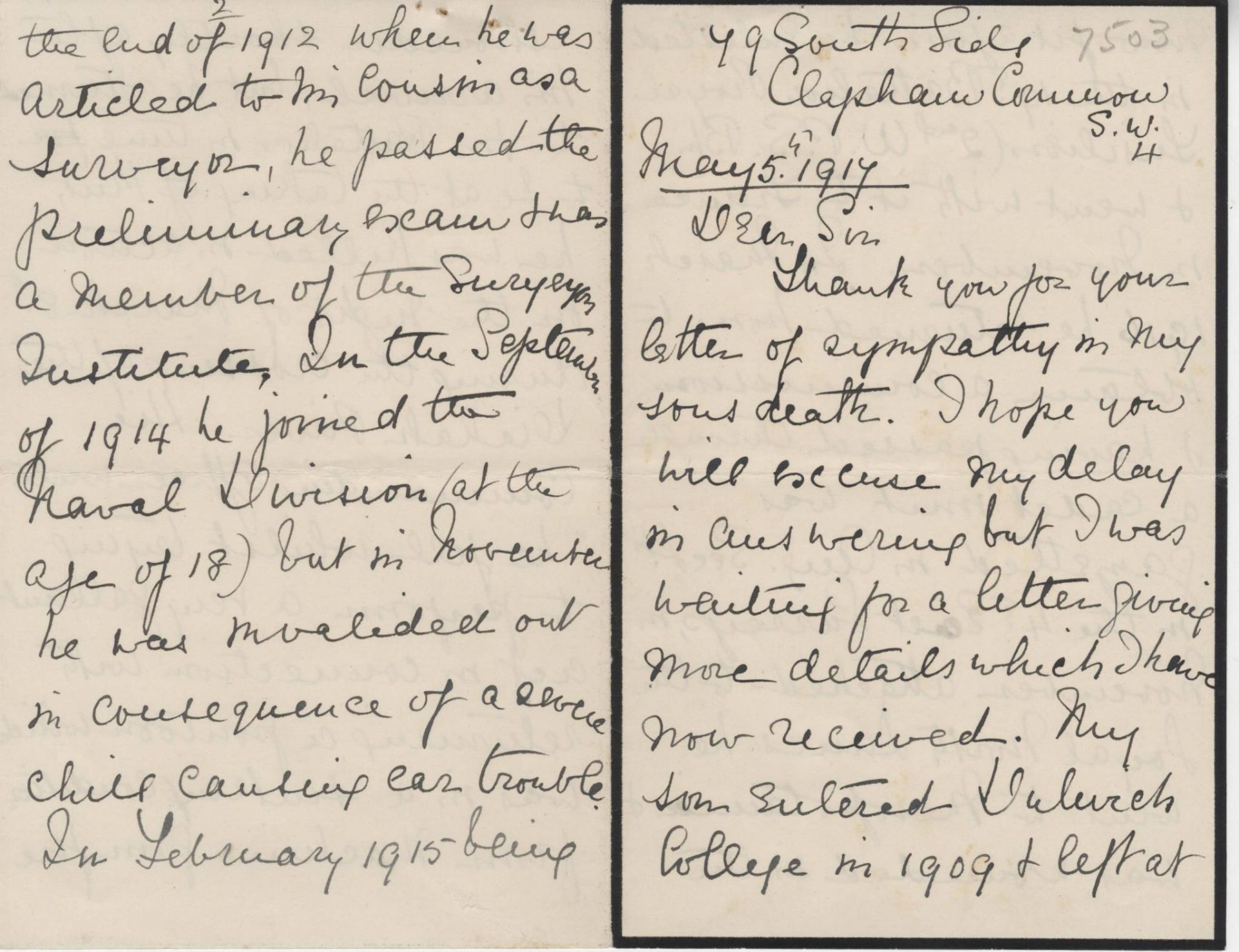 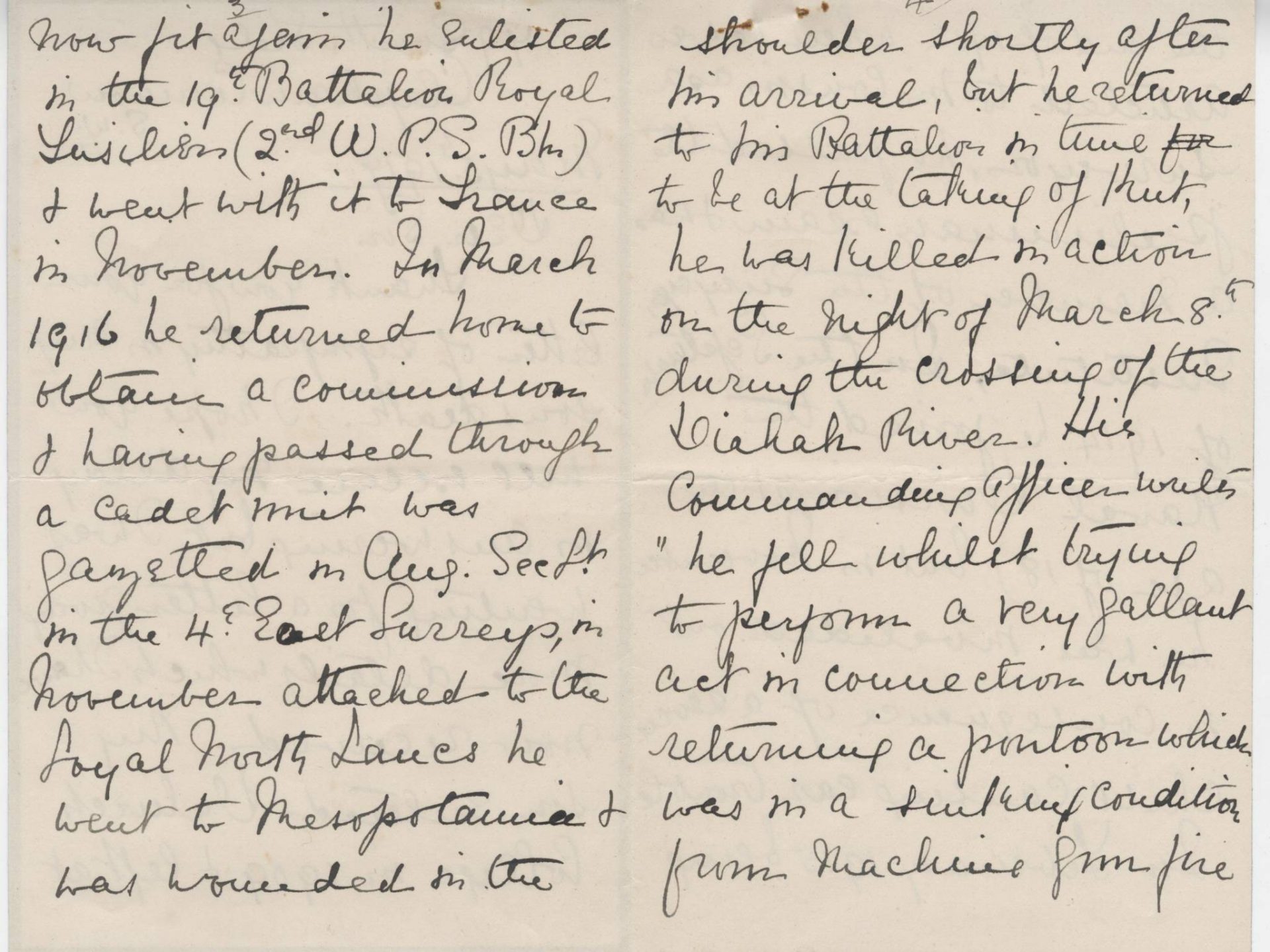 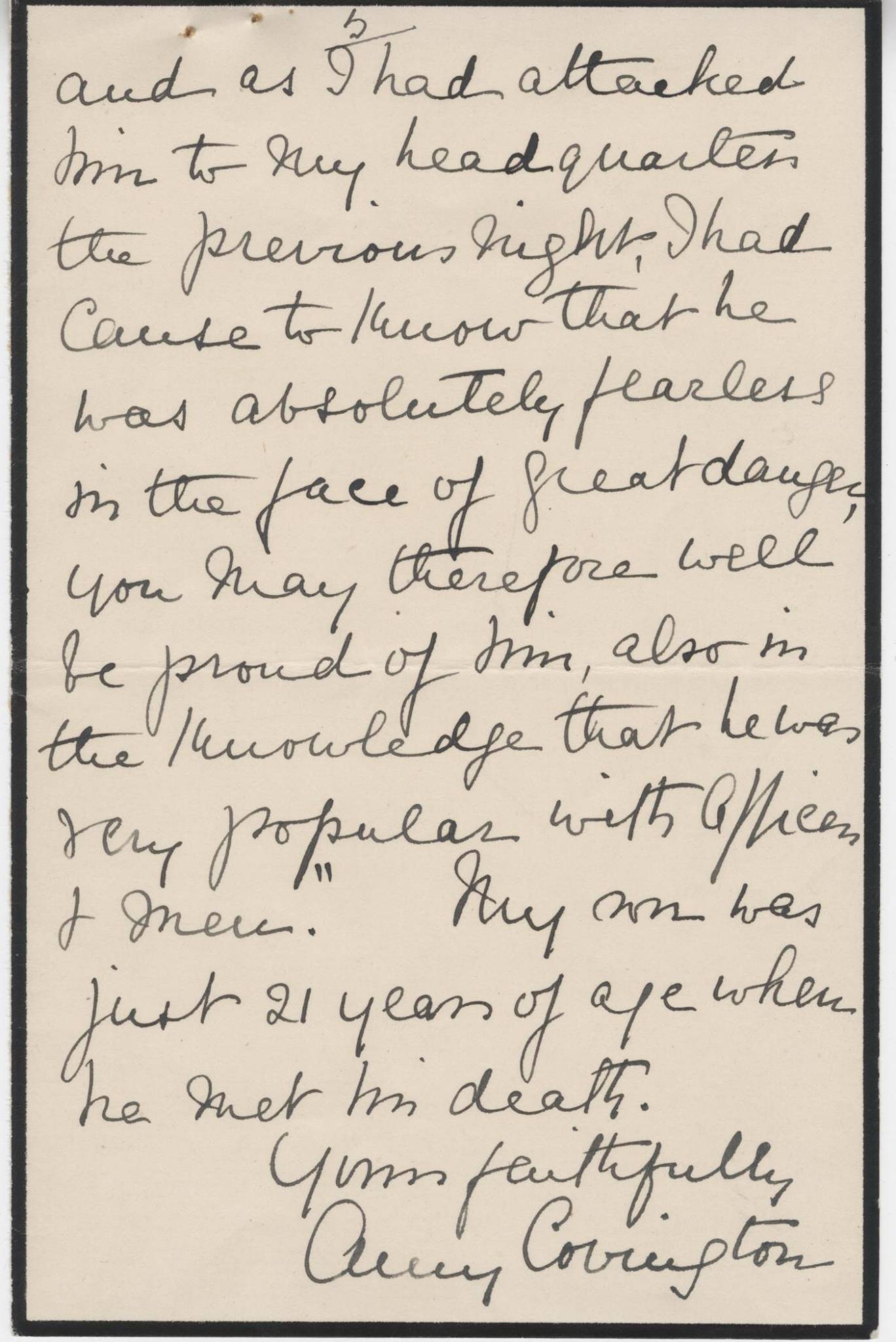 Thank you for your letter of sympathy in my son’s death. I hope you will excuse my delay in answering but I was waiting for a letter giving more details which I have now received. My son entered Dulwich College in 1909 and left at the end of 1912 when he was articled to his cousin as a surveyor, he passed the preliminary exam & was a member of the Surveyors Institute. In the September of 1914 he joined the naval Division (at the age of 18) but in November he was invalided out in consequence of a severe chill causing ear trouble. In February 1915 being now fit again he enlisted in the 19th Battalion Royal Fusiliers (2nd W.P.S Btn) and went with it to France in November. In March 1916 he returned home to obtain a commission and having passed through a cadet unit was gazetted in Aug. Second Lt. in the 4th East Surreys, in November attached to the Loyal North Lancs. he went to Mesopotamia and was wounded in the shoulder shortly after his arrival, but he returned to his Battalion in time to be at the taking of Kut, he was killed in action on the night of March 8th during the crossing of the Dialah River. His Commanding Officer writes ‘he fell whilst trying to perform a very gallant act in connection with returning a pontoon which was in a sinking condition from machine gun fire and as I had attached him to my headquarters the previous night, I had cause to know he was absolutely fearless in the face of great danger, you may therefore well be proud of him, also in the knowledge that he was very popular with officers & men.’ My son was just 21 years of age when he met his death.