Back to Barnett, CE 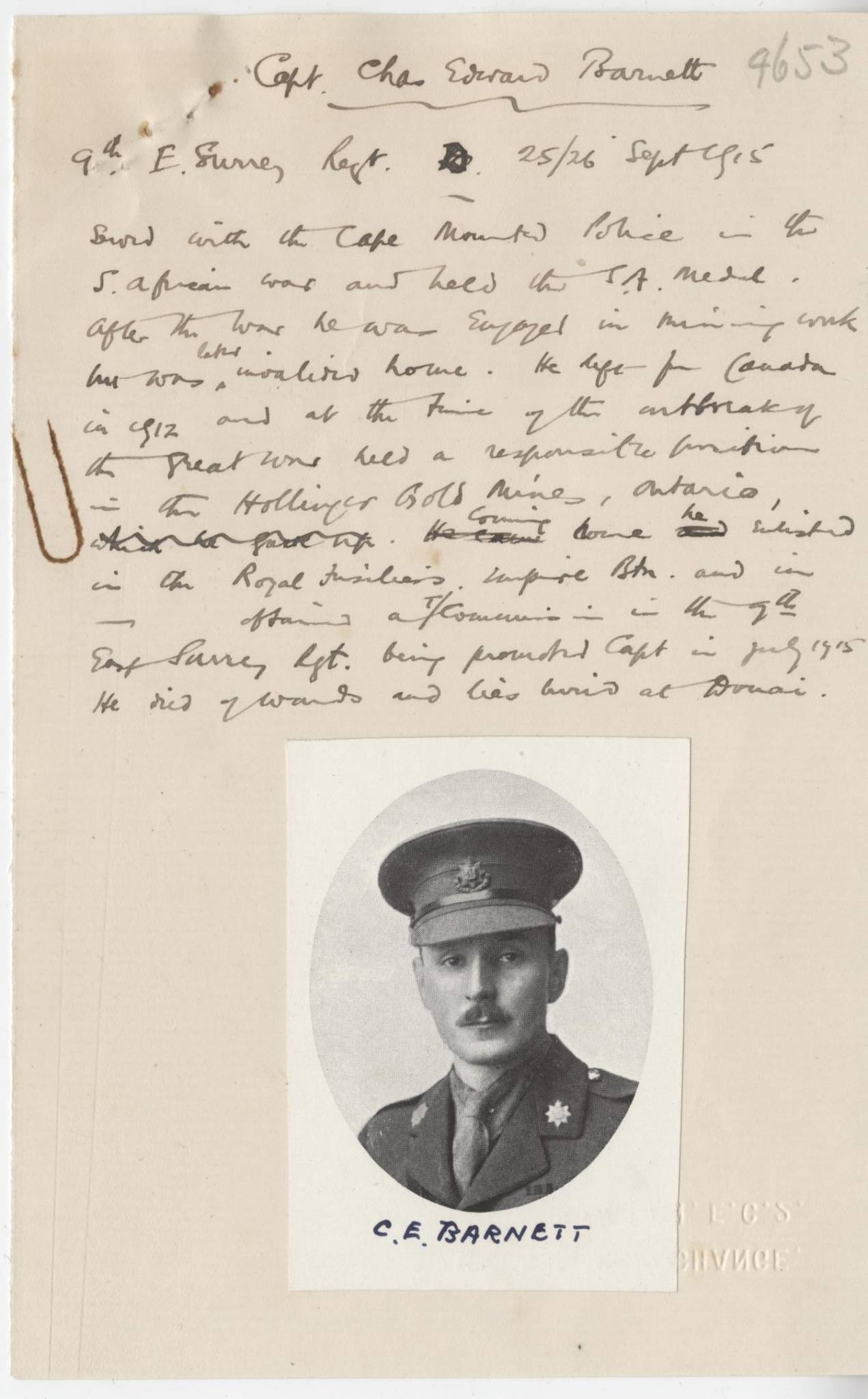 Served with the Cape Mounted Police in the S. African War and held the S.A. Medal. After the war he was engaged in mining work but was later invalided home. He left for Canada in 1912 and at the time of the outbreak of the Great War held a responsible position in the Hollinger Gold Mines, Ontario. Coming home he enlisted in the Royal Fusiliers Empire Btn. and in — offered a commission in the 9th East Surrey Regt. being promoted Capt. in July 1915. He died of wounds and lies buried at Douai.