Back to White, AW 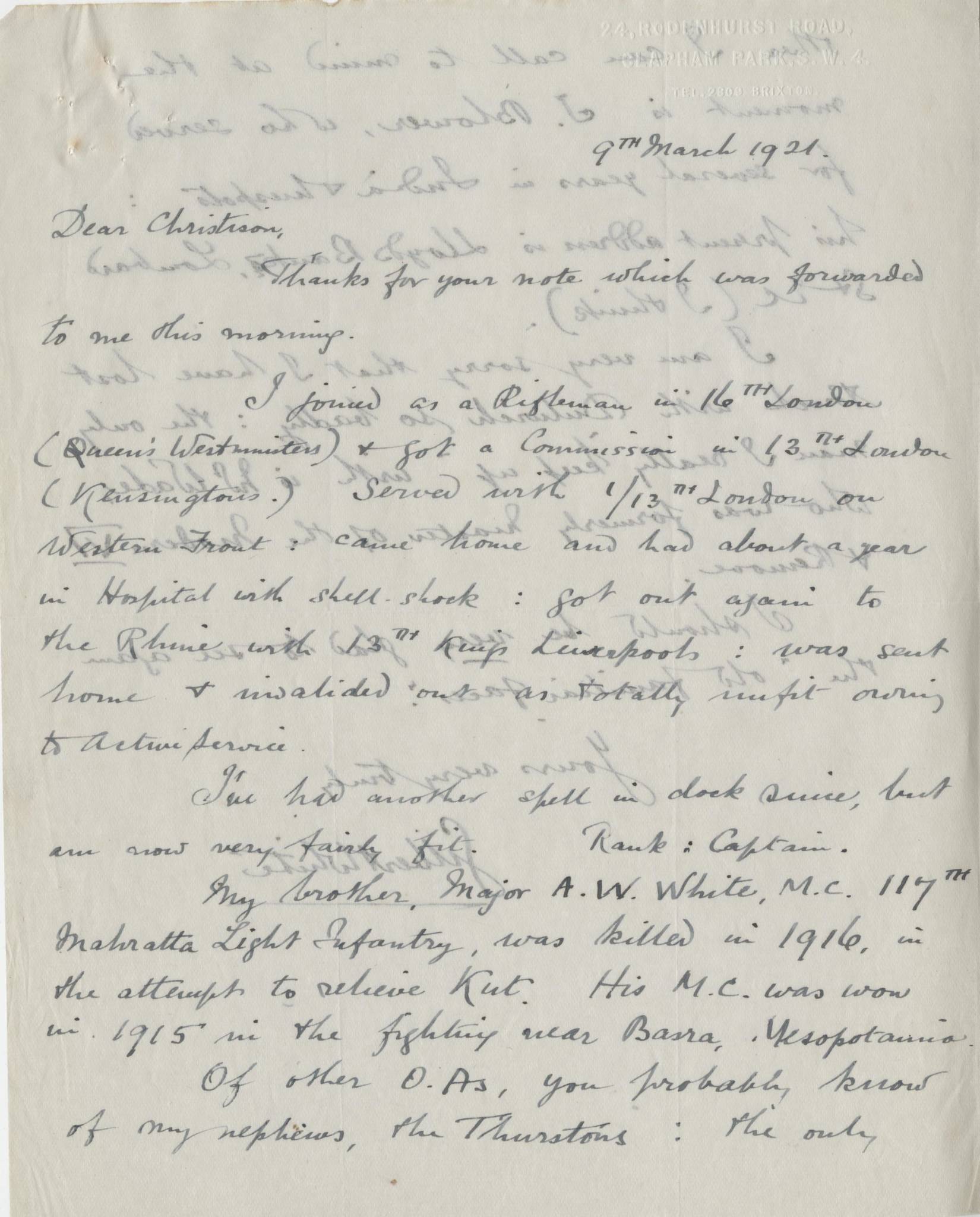 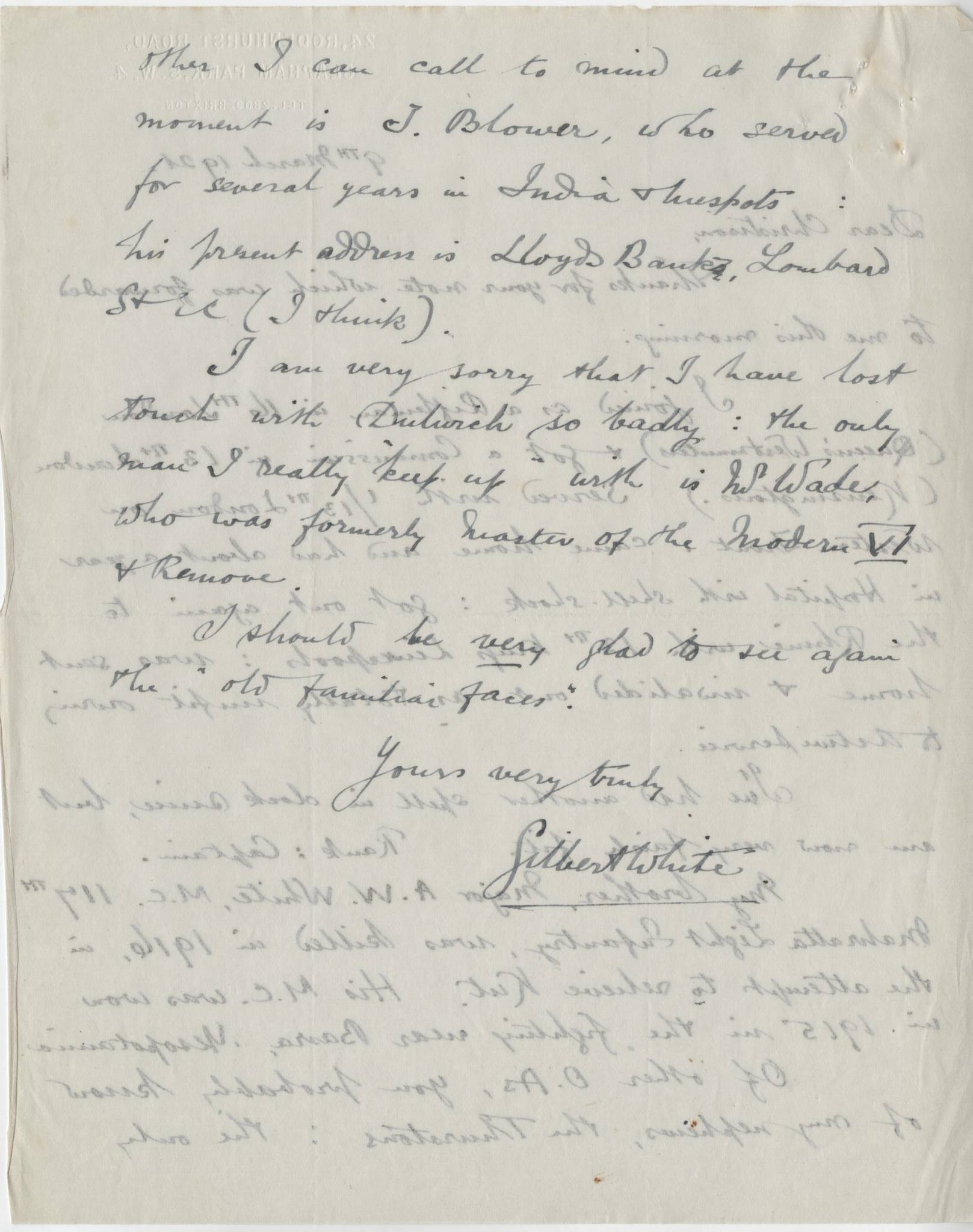 Thanks for your note which was forwarded to me this morning.

I joined as a Rifleman in the 16th London (Queens’s Westminsters) & got a commission in 13th London (Kensingtons). Served with 1/13th London on Western Front: came home and had about a year in hospital with shell-shock: got out again to the Rhine with 13th Kings Liverpools: was sent home & invalided out as totally unfit owing to active service.

I’ve had another spell in dock since, but am now very fairly fit.         Rank: Captain

Of other O.As, you probably know of my nephews, the Thurstons: the only other I can call to mind at the moment is J. Blower, who served for several years in India & Mespots [Mesopotamia]: his present address is Lloyds Bank, Lombard Street (I think).

I am very sorry that I have lost touch with Dulwich so badly: the only man I really ‘keep up’ with G.H. Wade, who was formerly Master of the Modern VI & Remove.

I should be very glad to see again the ‘old familiar faces’.