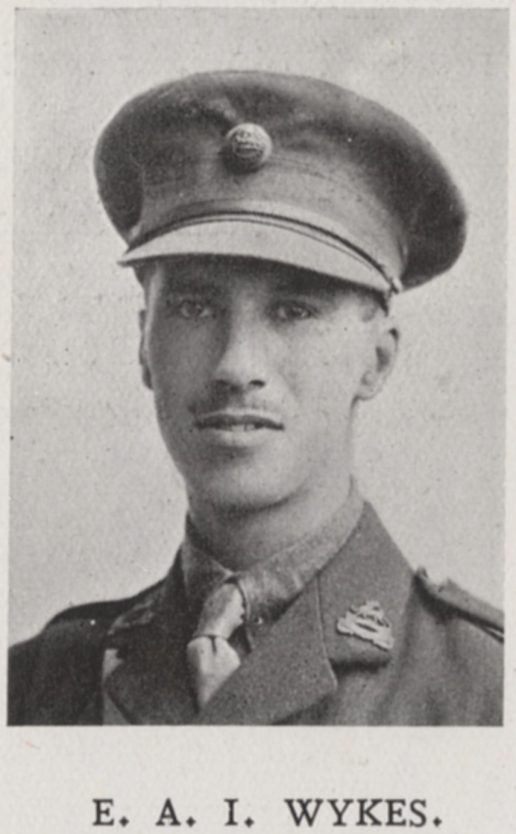 Ernest was born in Clapham on May 10th 1893, the youngest of the four children of solicitor William Wykes and his wife Ada. He spent two years at the College, joining at the beginning of 1908 and leaving at the end of 1909, whilst a member of the Modern Lower 4th. After leaving Dulwich he went to work in the city, where he spent time working as a clerk for a firm of glass bottle makers.

In late 1914, a short time after the declaration of war in Europe, Ernest volunteered himself for military service, enlisting as a member of the Civil Service Rifles. For over a year he remained in England however, on various postings as well as taking part in a training camp, and it was not until early 1916, by which point he had been attached to the Artists Rifles, that he went over to the front. He remained in action for over a year until, in June 1917, he was gazetted to a commission with the Royal Berkshire Regiment, and went to join his new unit near Arras. He was killed in action on November 30th 1917, during the Battle of Cambrai, at the age of 24.