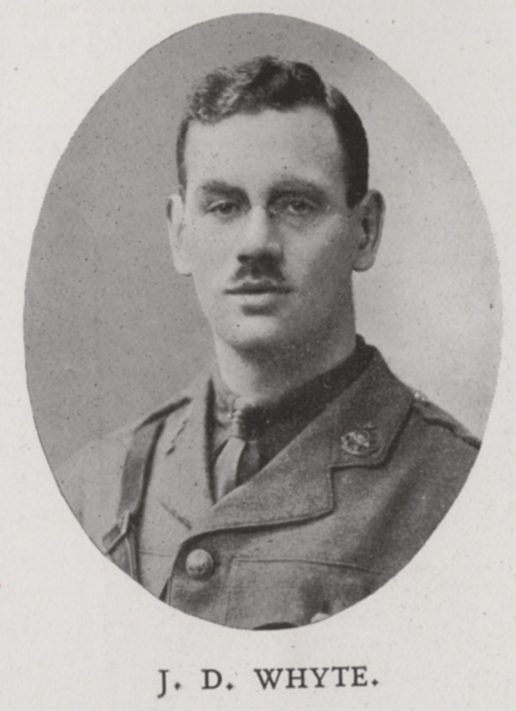 John was born in Lancashire on July 5th 1890 to Lucy and David Whyte. On leaving the College in 1908 John took a Leaving Exhibition and obtained an Andrew’s Scholarship to University College. Shortly after he began his studies he was awarded a Law Society Studentship. In 1910, at University College, he was awarded scholarships in English History and Research in History and subsequently achieved a B.A. degree with honours in History in 1912. He then began training to be a teacher whilst also being the organising secretary for the Inter-Collegiate Christian Union. As he was involved with the Officer Training Corps of London University, on the outbreak of war in September 1914 he was commissioned 2nd Lieutenant in the 7th Battalion of the Royal Sussex Regiment, and that November, whilst training at Colchester, was promoted to Lieutenant. On the conversion of the 8th Battalion to a Pioneer Battalion, he transferred to it and was gazetted temporary Captain. He went with his unit to France, where they served behind the lines for a few months doing forestry work. In the winter the battalion transferred to the Somme, headquartered in Albert, and John took part in the July advance. He was killed in action on the night of the 13th of July 1916 whilst securing Bernafay Wood. He is buried at Danzig Valley Cemetery. 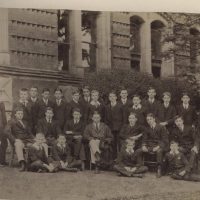