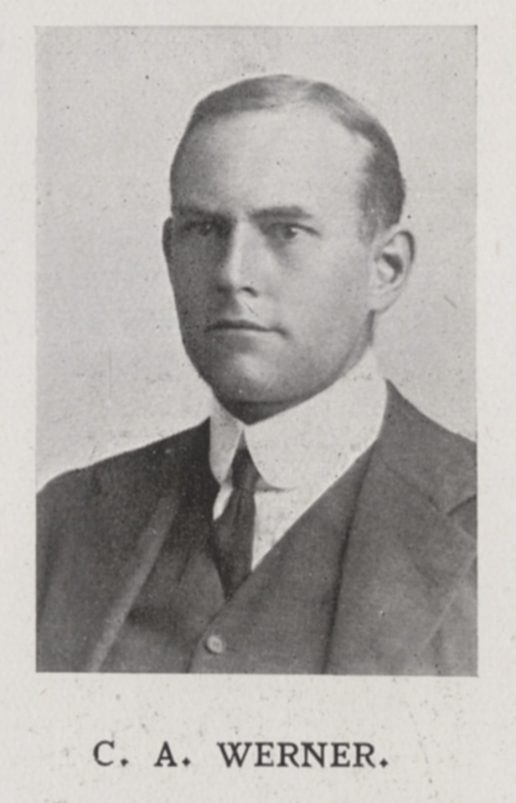 Charles was born in Sydenham on January 22nd 1877, the second child of German merchant Israel Werner and his Swiss wife Juliet. He began his education at Oakfield School in Crouch End, before coming to Dulwich in September 1888, at the same time as his older brother. Not long after this, on Christmas Eve 1889, their father Israel became a naturalised British citizen. During his time at the College Charles was a highly distinguished sportsman, spending two years in the 1st XV in 1894-5 and 1895-6, as well as spending three years in the Gymnastics VI, representing the College at swimming, and twice winning the high jump. In his final year of 1895-6 he was not only Captain of the Gymnastics and Swimming teams, but also held the position of School Captain. After leaving Dulwich in the summer of 1896 he went up to King’s College, Cambridge, from where he eventually graduated with a First in Classics. During his three years at Cambridge he was a member of his College rugby XV, as well as regularly representing the University at swimming, and in his final year was president of the Swimming and Water Polo Club. In 1901 he joined the staff at Harrow School, where he went on to become a Modern Languages Master, and eventually served as a House Master; he was also a committed member of the School’s O.T.C., having risen through the ranks from Private.

After the declaration of war in the summer of 1914 Charles enlisted for military service, and, in light of his position on the O.T.C. of Harrow, was appointed a Captain with the 6th Battalion of the Rifle Brigade. He spent some time at a training camp in Sheerness, before being sent abroad in March 1915, at which time he was attached to the 2nd Battalion of his unit and stationed near Fromelles. After two fairly quiet months, on May 9th, he led a sortie against a German battalion who had stationed themselves near the British right flank from which he never returned. He was 38 when he passed, and is commemorated on the Ploegsteert Memorial. 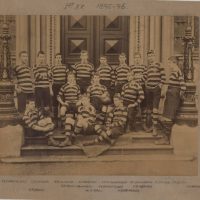 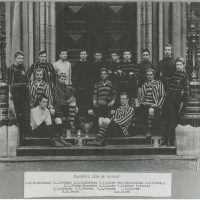