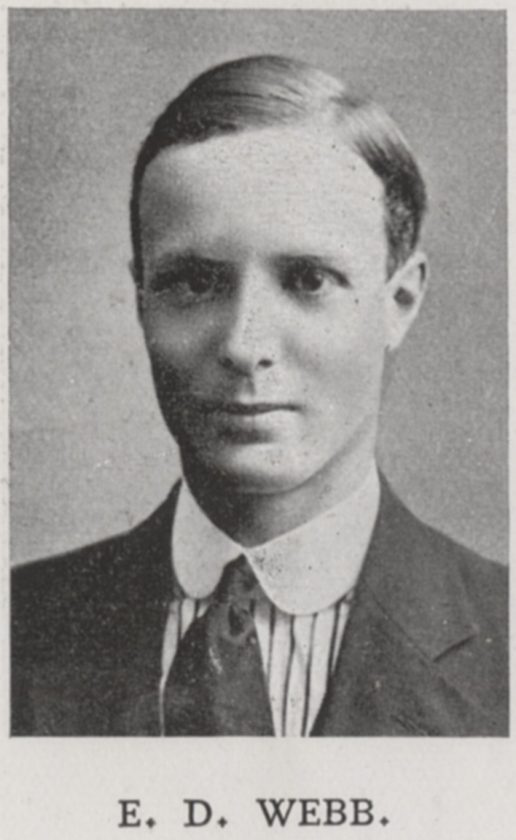 Born on June 5th 1891, Edgar was the son of army officer Walter Webb, a Lieutenant-Colonel in the London Scottish Regiment. He came to Dulwich in the summer of 1907, shortly after his sixteenth birthday, and was a pupil for the next two years, leaving at Easter 1909. After leaving Dulwich he joined the staff of the Bank of England, whilst also serving as a reservist in the 1st Surrey Rifles.

The outbreak of war in the late summer of 1914 saw Edgar and the rest of his unit called up, and he went over to France with them for the first time in March the following year. Less than two months later, on May 5th, he was killed in action whilst serving in the Brewery Post Trench, near Rue de l’Epinette, in the Pas de Calais. He was survived by his widow, Annie.