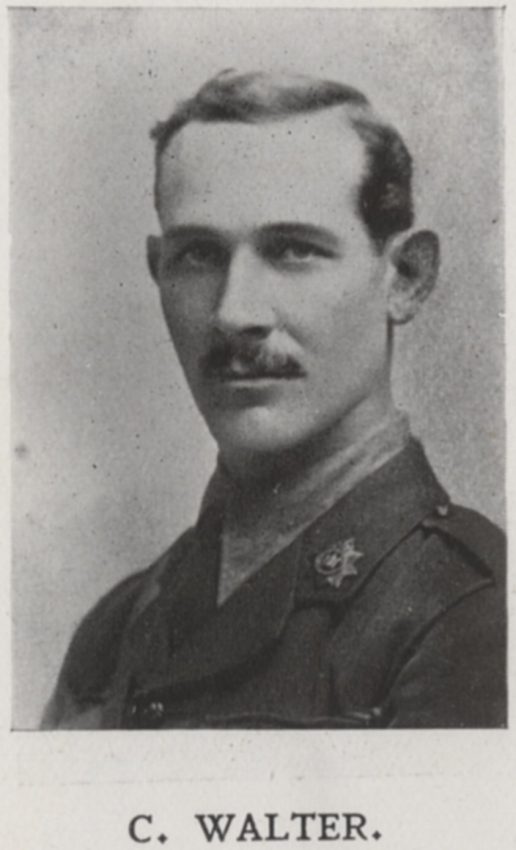 Born 18th April 1882, Cecil was the son of Major Frederic Edward Walter of the Royal Artillery and his wife Mary Grace, and had a brother, Edmund, at Dulwich. After leaving the College in July 1901 he went up to Oxford before in 1905 moving to Siam, where he for several years worked for the Bombay and Burma Trading Corporation and later on the Malay States Government.

Shortly after war broke out Cecil returned to England, where he obtained a temporary commission in the Devonshire Regiment in March 1915. He was shipped out to France in May 1916 and was wounded at Longueval in July of that year whilst participating in the First Battle of the Somme. He returned to the front in November but was invalided home with trench fever and pneumonia in the spring of 1917 after having been promoted Lieutenant. After returning once again in April 1917 he was chiefly engaged as Acting Captain of his company in the line between Arras and Ypres. He was killed in action near Polygon Wood on 8th October 1917, and is buried at the Tyne Cot Memorial.