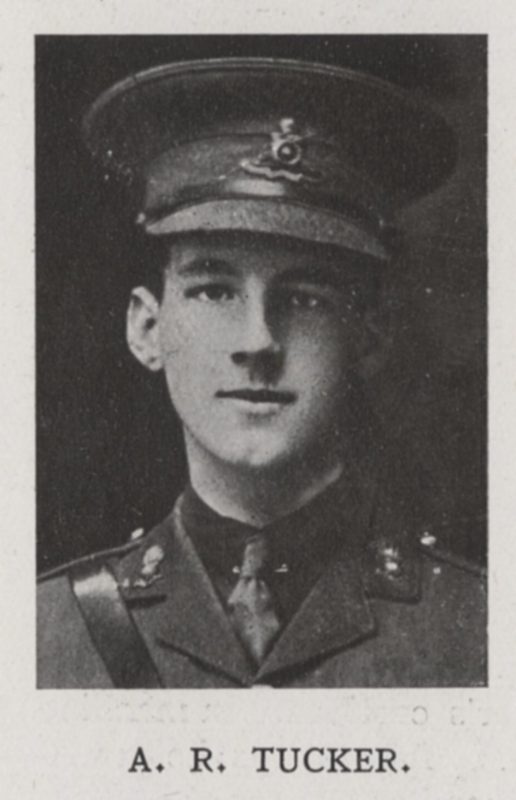 Albert was born on February 2nd 1897, the fourth child of marine insurance broker Frederick Tucker and his wife, Caroline. He was at first at Alleyn’s before coming to the College in September 1913; he would go on to be joined as an Alleynian by two of his cousins, Joseph and Eric Kelting. After nearly two years at Dulwich he left in the spring of 1915, whilst a member of the Army Class.

Having left school Albert took a place at the Royal Military Academy, Woolwich, where he was a cadet for around six months, passing out to take a commission in the Royal Field Artillery in October 1915. He went over to the front for the first time that December, assigned to the 166th Brigade of his regiment, and spent the winter serving at Bethune. He served through the Battle of the Somme the following summer, and when the R.F.A. was reorganised later that year was reassigned to A Battery, 162nd Brigade. On May 16th 1917 he was in action at Feuchy, east of Arras, when he was severely wounded in a shell blast. Although his right leg was amputated this was not sufficient to save him, and he died that night whilst in the clearing hospital.