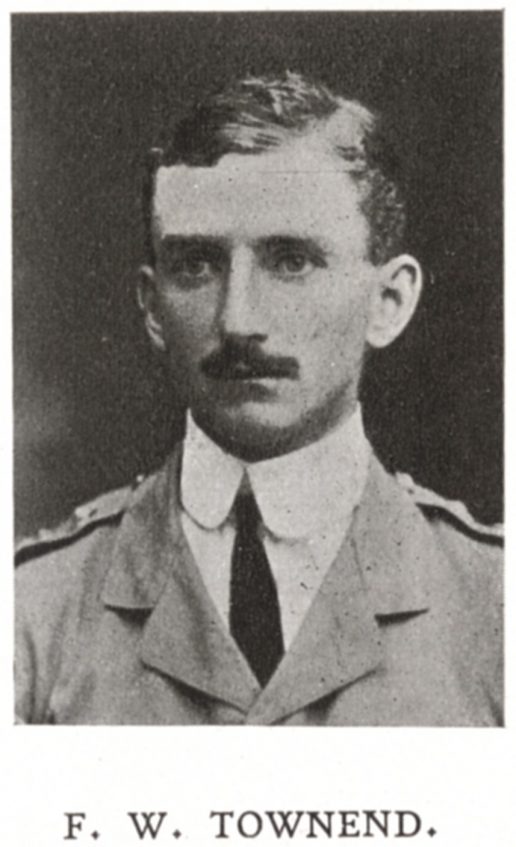 Born on July 10th 1885 in Halifax, Nova Scotia, Francis was the third son of the Reverend Alfred Townend, a military chaplain, and his wife, Margaret. He was educated at Appuldurcombe on the Isle of Wight, and at Camberley School, before coming to Dulwich at the start of 1900. Whilst at the College he was a boarder in Elm Lawn, earned a scholarship, and in 1901 was a member of the 2nd XI cricket team. At the end of 1901 he left Dulwich, to take up a place at the Royal Military Academy, Woolwich, passing out to take up a commission with the Royal Engineers in January 1904. He went on to spend two further years at the School of Military Engineering, Chatham, before in 1906 being promoted to Lieutenant, and transferred to India, where he was attached to the 3rd Sappers & Miners. He was a well-regarded cricketer throughout his time in the army, having represented the Royal Engineers at Lord’s, and once out in India represented the Indian Army as well as the Bombay Presidency.

In October 1914 Francis came to Europe with the Indian Expeditionary Force, having been promoted to Captain shortly before leaving. Once he reached France he was attached to the 35th Divisional Signal Company, and then subsequently to the Dehra Dun Brigade, with whom he served through the Battle of Neuve Chapelle the following March. Later that month he was laying telephone cables in a newly-captured trench when he was caught up in a shell blast. Even though he had his legs blown clean off he was still conscious and calm when the medics came and his response was simply to say that “he thought he would give up football next year”. Despite his calm demeanour he slipped into unconsciousness later that day and died as a result of his injuries that evening, March 29th 1915.