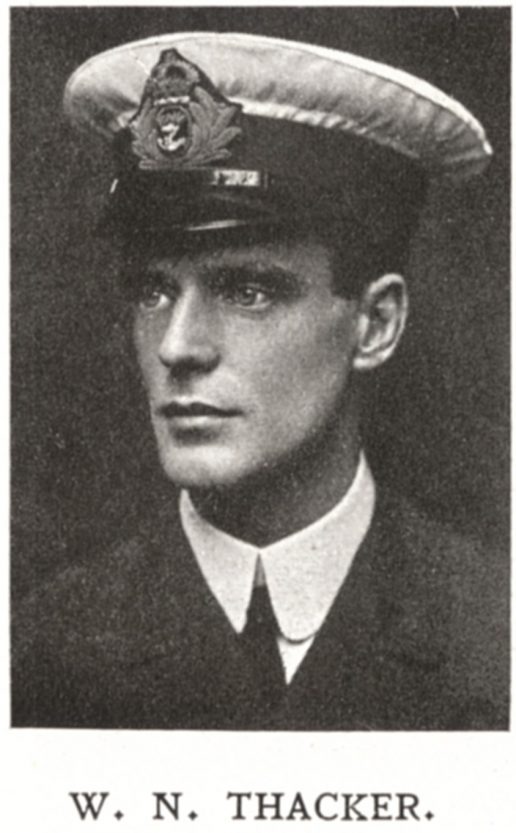 William was born on August 26th 1887, the youngest of seven children of publisher Thomas Thacker and his wife, Rebecca. He spent four years at Dulwich, between 1899 and 1903, and was the only member of his family to have attended the College. After leaving he spent time on a farm in Surrey, training in the ways of agriculture with the intention of moving out to Canada, something he did in May 1905. He eventually went out to British Columbia, where he trained as a surveyor, specialising in work in outlying rural districts. He later went on to be appointed Deputy Game Warden for the District of Hope, where he had settled.

In early 1916 William enlisted for military service, taking up a commission in the Duke of Connaught’s Own Rifles. This however presented him with little immediate prospect of service in Europe, so he transferred that June to the Royal Naval Volunteer Reserve, who urgently required men with an experience of yachting. After a short period training in England he was assigned to the Motor Patrol Service, based off the coast of Ireland, and in the summer of 1917 was promoted to Lieutenant. Not long after his promotion he began to suffer from lung problems, necessitating his being invalided out of service that November. It proved to be tuberculosis, from which he passed away at a Naval Hospital in County Cork on February 17th 1918.