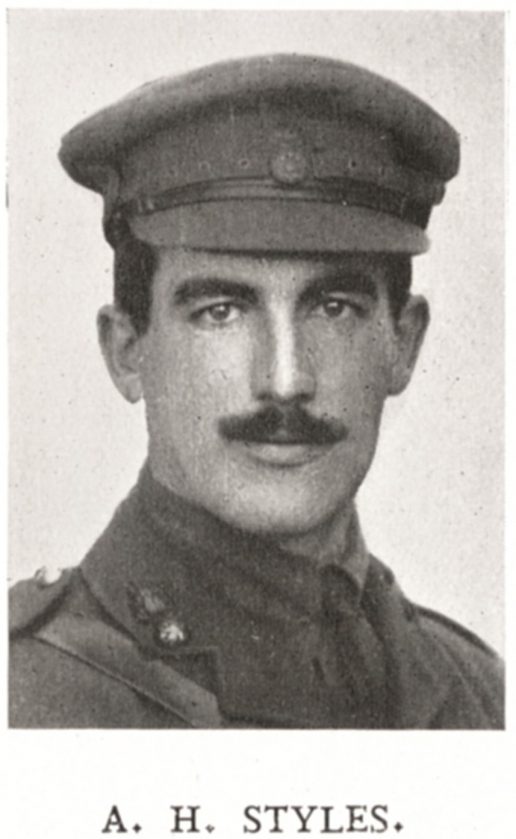 Born on February 27th 1892 in Bodmin, Cornwall, Arthur was the third son, and seventh child, of an army officer, George Styles, and his wife, Mary. He began his education at St. Peter’s School in Exmouth before coming to Dulwich in September 1903 at the same time as his two older brothers, William and Alfred. Arthur was at the College for just over three years, leaving at the end of 1906 and subsequently going to King’s College, London. After leaving university he went on to work in the city as a stockbroker.

When war was declared in 1914 Arthur signed up for military service, at first as a member of the 20th Battalion of the London Regiment, before that November being granted a commission in the Royal Welch Fusiliers. He spent the whole of 1915 in England, serving as a musketry and bombing instructor, before transferring across to France for the first time in January 1916. He was at first engaged at Neuve Chapelle, although he spent the spring and early summer serving in several different sectors up and down the front line. At the start of July his unit was assigned to the Somme and on July 11th he was seriously wounded by machine gun fire at Mametz Wood, subsequently lying in the open for several hours before being picked up. He was invalided back to London but infection had set in and he passed away as a result on July 26th, in St. Thomas’ Hospital. During the period where Arthur was injured his brother, Alfred, had died whilst also serving on the Somme, killed in a shell blast on July 19th. 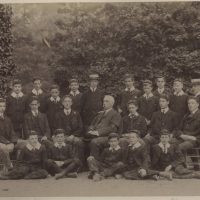 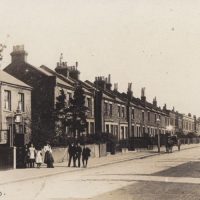 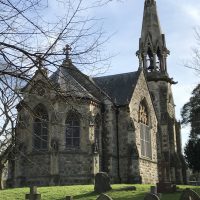 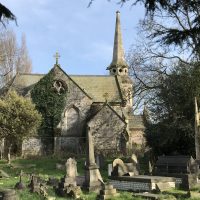 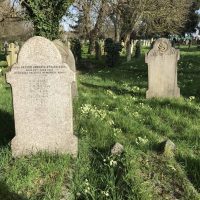 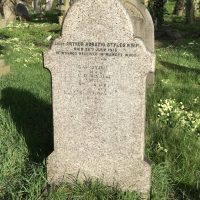 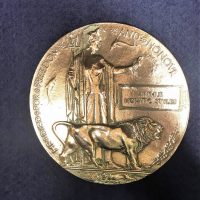