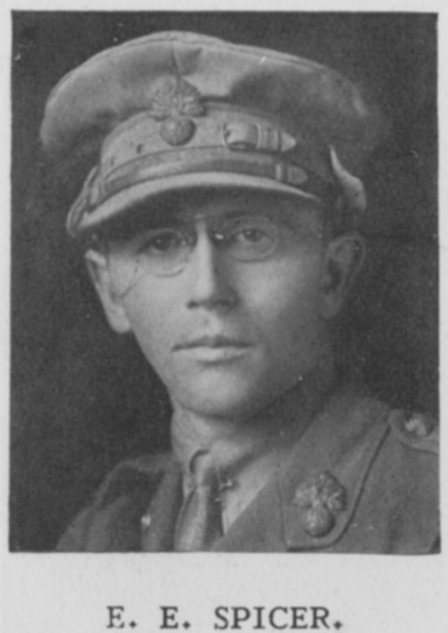 Born on September 23rd 1893, Eric was the youngest of nine children of Evan Spicer, later to be both a College & Estates Governor, and his wife, Annabelle, who were residents of Belair House. He joined the College from Brightlands in the summer of 1906 and was at the College for the next six years. In 1912, his final summer, he was a member of the 1st XI cricket team. After leaving Dulwich he went up to Trinity College, Cambridge, where he received a 2nd Class in Classics in the summer of 1914, and was a regular and committed member of the University O.T.C.
In January 1915 Eric was granted a commission in the 1/4th Battalion London Regiment, being promoted to Lieutenant in June the following year. He spent nearly his first two years of service still based in England, including a period spent as adjutant of his battalion, before transferring across to France for the first time in January 1917. That April he was invalided back to England with a severe case of trench fever, only returning to the front in September. On March 28th 1918, by now serving as Captain, he was in charge of a British outpost at Oppy, near Arras, when it was overwhelmed by a German attack. Eric, along with many of his battalion, was lost, indeed the fighting strength of the battalion was reduced from 587 to around 70 in one day. After his death the “Eric Evan Spicer Scholarship” was created in his honour at his old College, Trinity. 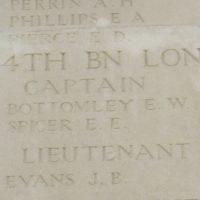 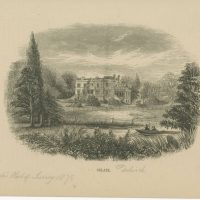 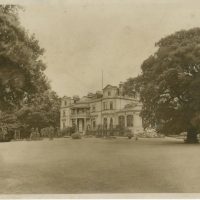 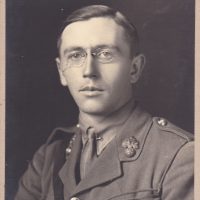 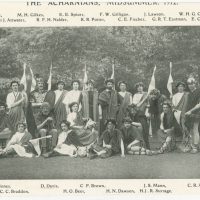