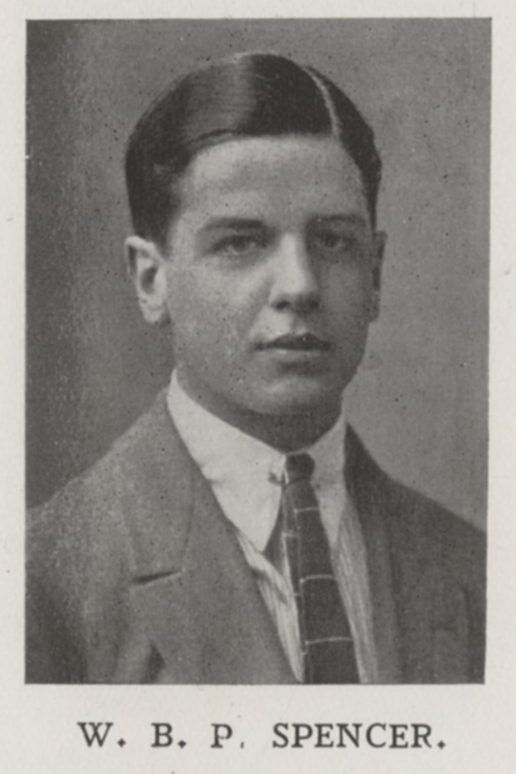 Born on March 24th 1897, in Bangor, North Wales, Wilbert was the fourth of five children born to Frederic Spencer, a modern language teacher and later school inspector, and his wife, Helene. His mother was originally a German who had become a naturalised British citizen in the late 1880s, although she still had strong family ties back to Germany, one of her cousins being the young Manfred von Richthofen, later to become famous as “The Red Baron”. Wilbert was preceded at Dulwich by both of his older brothers, Hermann and Rudolf, and was at the College for four years, between the summer of 1909 and the summer of 1913. After leaving he went on to take up a place at Sandhurst.
In November 1914, despite being aged just 17, he passed out and was granted a commission in the Wiltshire Regiment, going over to the front shortly afterwards. He spent Christmas 1914 serving, as he put it, “in a hole in the earth”, and that January was promoted to Lieutenant. Not long after, on March 10th 1915, he was killed in action at Neuve Chapelle, two weeks short of his 18th birthday.