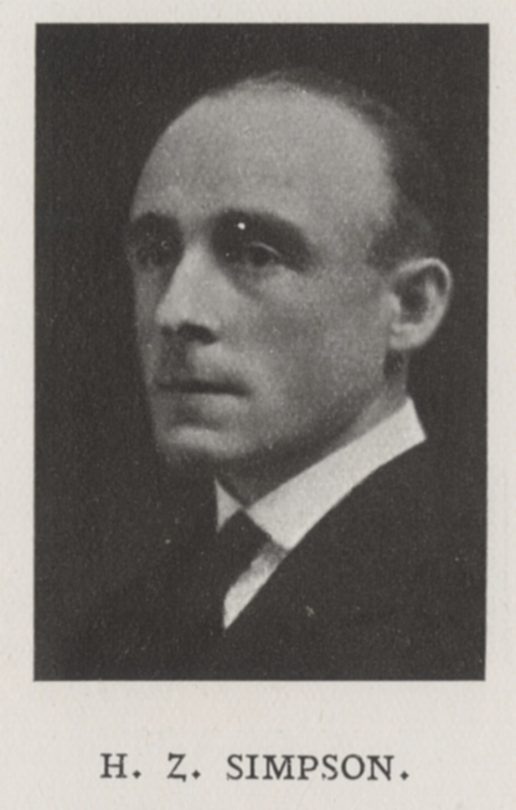 Hubert was born on November 20th 1880, the only son of stockbroker Zephaniah Simpson and his wife, Lucy. He joined Dulwich in May 1892, having previously been at North End House School, Kensington, and was an Alleynian for the next three and a half years. After leaving at the end of 1895 he went to work in the shipping industry, originally being apprenticed to the Shaw, Savill & Albion Line with whom he qualified as a master in 1903. Shortly afterwards, however, the onset of near-sightedness necessitated a change of career and he subsequently joined the Royal Mail Steam Packet Company where he was eventually made Purser, serving aboard the R.M.S.P. Arcadian. In 1897 he had enlisted in the Royal Naval Reserve, being promoted to Sub-Lieutenant in 1903; his near-sightedness had necessitated a transition to a non-combatant role and in 1910 he became an Assistant Paymaster.
When war broke out in 1914 Hubert was called up by the Royal Naval Reserve and assigned to H.M.S. Hawke. That October the ship was on patrol off the coast of Scotland, near Aberdeen, when it was sunk by a German U-boat with the loss of the majority of hands on board, including Hubert.