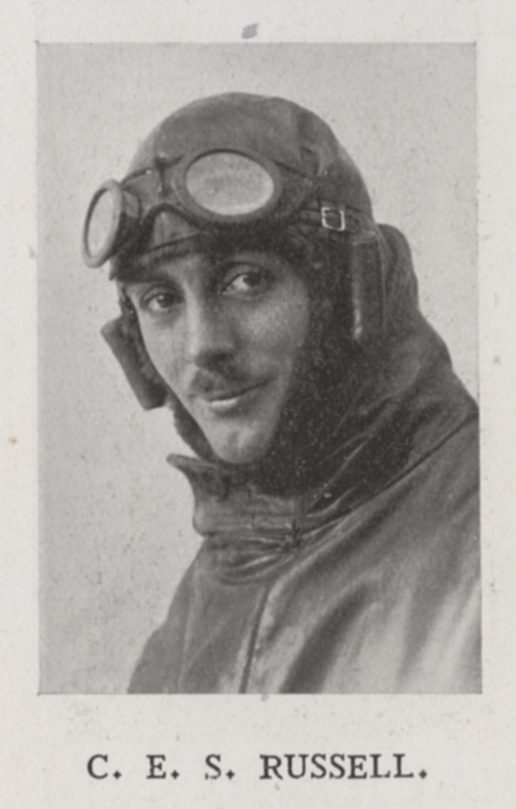 Born on April 4th 1888, Cyril was the third of four sons born to Warwick Russell, who ran a stationer’s and printer’s business in East Dulwich, and his wife, Marion. Having previously been at Alleyn’s, he came to Dulwich in May 1903, and during his eighteen months at the College was a boarder in The Orchard. After leaving at the end of 1904 he took up employment in his father’s stationery firm before going on to be a clerk for a firm of coal merchants.
In March 1916 Cyril joined the Royal Flying Corps, undergoing pilot’s training at Oxford, during which time he was based at Christ Church. That October he went overseas for the first time and spent the next two months involved in reconnaissance flights over enemy territory before being invalided home with a leg injury that December. Upon his recovery in September 1917 he was appointed Flight Commander of Oxford Aerodrome where he spent several months acting as a Flying Instructor. In June 1918 he returned to France with the 149th Squadron, and until the armistice was involved in night bombing raids. Following the signing of the armistice that November he went to Cologne, as part of the Army of Occupation, and not long afterwards was made acting-Major. In late February he fell seriously ill with influenza, from which he had not yet fully recovered when he was also struck with a bout of pneumonia. This was to prove fatal and he succumbed to the illness on March 5th 1919. He was survived by his widow, Doris, and their three children. His younger brother, Joseph, had died in November 1916, whilst in a hospital behind German lines.