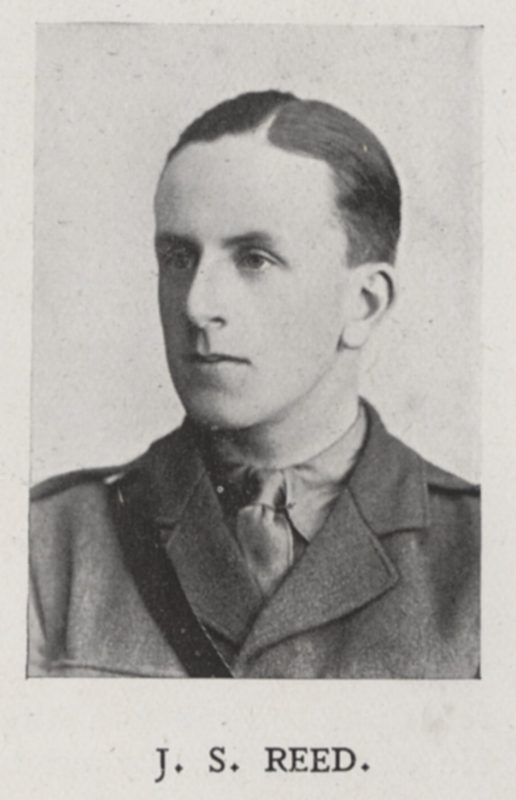 Born on November 14th 1896 in Great Yarmouth, John was the elder of two children, and only son, of a surgeon, also named John Reed, and his wife, Mary. He spent time at Great Yarmouth Grammar School and as a boarder at Epsom College before coming to Dulwich in 1912. During his three years at the College he was a boarder in Blew House and in his final year, 1914-15, was also a member of the O.T.C.
John had been hoping to follow his father into the medical profession but upon leaving Dulwich in the spring of 1915 went to Sandhurst. That November he passed out and was given a commission in The Buffs although he was straight away attached to the Royal Flying Corps. He spent that December in France, training, before returning to England in January at which time he was posted to Farnborough. On January 29th he was acting as observer on a training flight when the plane nose-dived from 200 feet, crashing heavily into the ground. He was taken to Cambridge Military Hospital in Aldershot, where he underwent an operation to relieve bleeding on the brain; despite these efforts he passed away from his injuries two days later, on January 31st 1916.