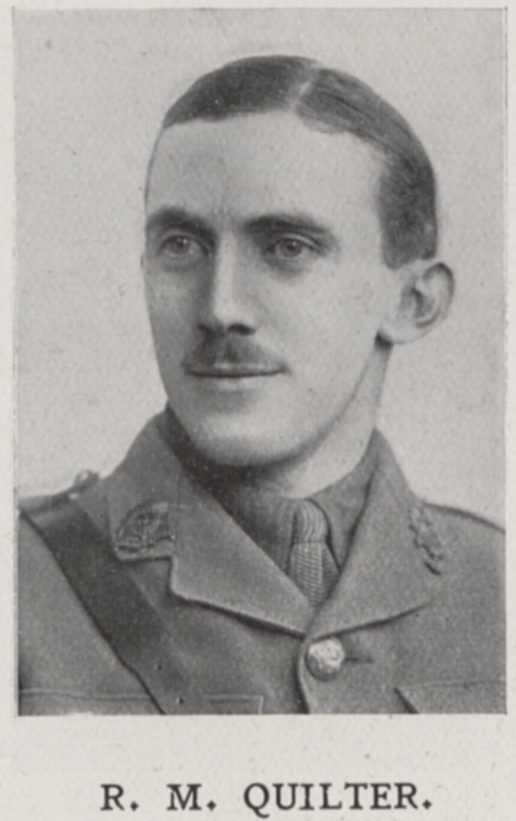 Roy was born on October 29th 1888, the eighth child, and the second son, born to Sarah Quilter and her husband John, an architect. He started at Dulwich at the beginning of 1902 and was at the College for the next four and a half years, leaving in the summer of 1906; in his final year he was a member of the cricket 2nd XI. After leaving he began working as an accountant and was also an active and regular member of the OAs.
Upon the declaration of war in August 1914 Roy enlisted in the Inns of Court O.T.C., and was granted a commission in the Bedfordshire Regiment the following month. He rose quickly through the ranks, being promoted to Lieutenant that December and Captain the following March. Whilst serving as a Lieutenant he also held the position of Battalion Machine Gun Officer, and shortly after being made a Captain was given the position of Company Commander. He went over to the front for the first time in September 1915 where he served through the battle of Loos before being reassigned to the Ypres Salient. It was whilst still serving at Ypres that he fell, on April 19th 1916; he would later be mentioned in despatches for his gallantry that day. 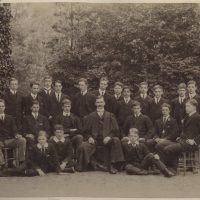 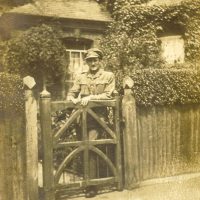