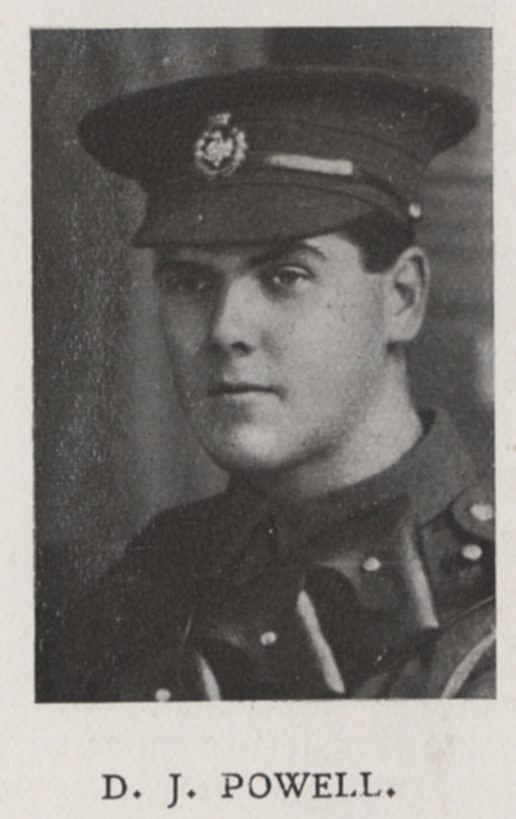 Born on December 21st 1894, Douglas was the youngest of five children of carpet seller James Powell and his wife, Martha. He joined Dulwich in the early part of 1908, by which point his elder brother Harold was already an OA, and went on to stay at the College for the next eighteen months, leaving in the summer of 1909. From Dulwich he went on to study horticulture at Wisley, during which time his father James passed away. After 1911 he went to Evesham in Worcestershire, where he worked as a fruit farmer, at first as an apprentice to an existing farmer before later going into partnership with his brother to run their own farm.

In August 1914, shortly after the declaration of war, Douglas signed up as a member of the Queen’s Own Worcestershire Hussars, with whom he was sent to Egypt the following March. He saw service in Gallipoli during 1915, and after the evacuation returned once more to Egypt. On April 23rd 1916 he was on outpost duty near Katia, on the Sinai Peninsula, when the small party was ambushed by a force of Ottoman Turks, who outnumbered them by almost ten to one. He, along with many of the rest of the party, were killed, and are now honoured on the Jerusalem Memorial.