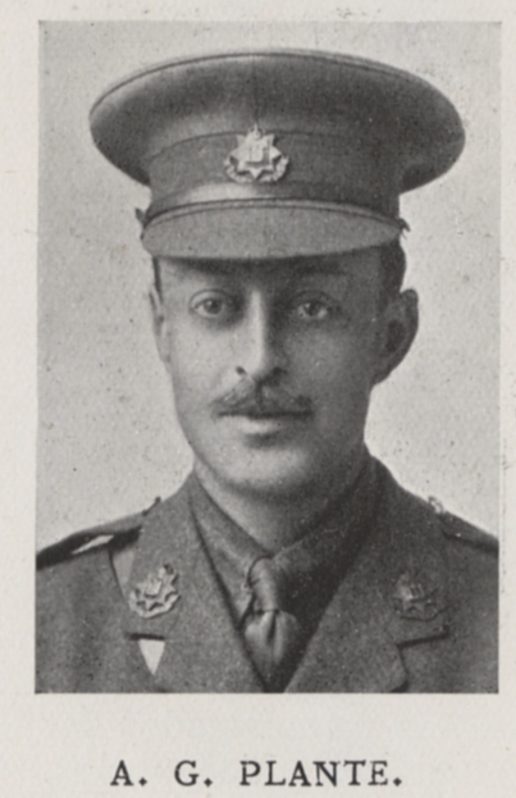 Born April 24th 1879, Arthur was the third of four children, of whom he was the elder of two boys, born to hosier Curtis Plante and his wife, Sophia, whose maiden name had been Gedge. He started at Dulwich in the spring of 1894 alongside his younger brother Stanley, but was a pupil of the College for only a year. After leaving he trained as an accountant, being admitted to the Association of Chartered Accountants in 1907, and ending up as one of the partners in the firm of Plante, Downes & Christie, based on Fleet Street. He was also a keen sportsman, representing Surrey at hockey in the years between 1906 and 1908, as well as appearing in the singles draw at Wimbledon in 1907.

In February 1915 Arthur volunteered for service in the ongoing war, being at once granted a commission in the East Surrey Regiment. It was not until 1917 that he was to be sent to the front, attached to the 4th Battalion North Staffordshire Regiment. He was still attached to his new unit early the following year when, on March 26th 1918, he was killed in action at Maricourt, near Peronne.