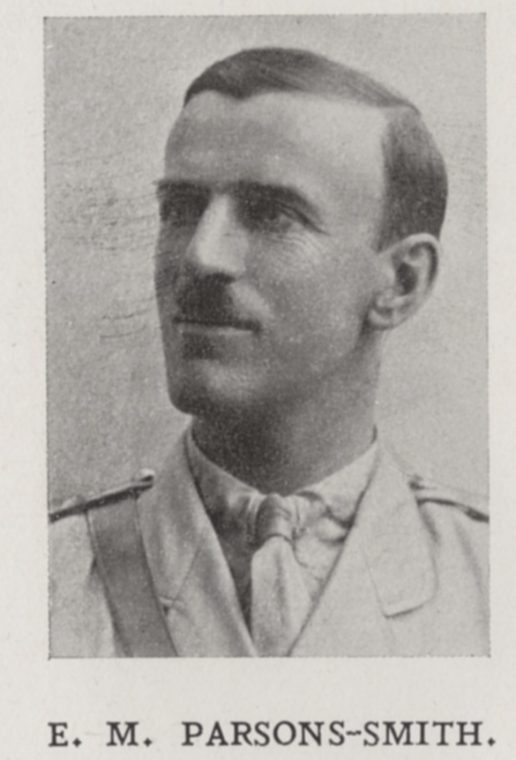 Khartoum War Cemetery. I A 9

Born on August 6th 1884, Eustace was the youngest son of surgeon Samuel Parsons-Smith and his wife, Elizabeth. He came to Dulwich in September 1900, shortly after he had turned 16, and went on to be a pupil for the next three years. After leaving he progressed to St. Thomas’s Hospital where he underwent medical training, qualifying as a doctor in the summer of 1908. The following January he joined the Royal Army Medical Corps, although at first he was seconded back to St. Thomas’s, where he served as Ophthalmic House Surgeon. A year later he was seconded once more, this time being assigned to serve with the Egyptian Army.

Upon the declaration of War in 1914 Eustace was still serving in North Africa, and he was to remain in his position with the Egyptian Army for the duration of the conflict. He served in the Zeraf Valley and Mandal Sabai patrols of 1914, and in 1916 was awarded the Sudan Medal for his work in connection with operations in Darfur. The following year he was honoured once more, this time being decorated with the Order of the Nile (4th Class). Having survived the signing of the armistice in November 1918 he was stationed in Khartoum when, on May 28th 1919, he died very suddenly. At the time of his death he held the ranks of Captain, in the Royal Army Medical Corps, and Bey, in the Egyptian Army.