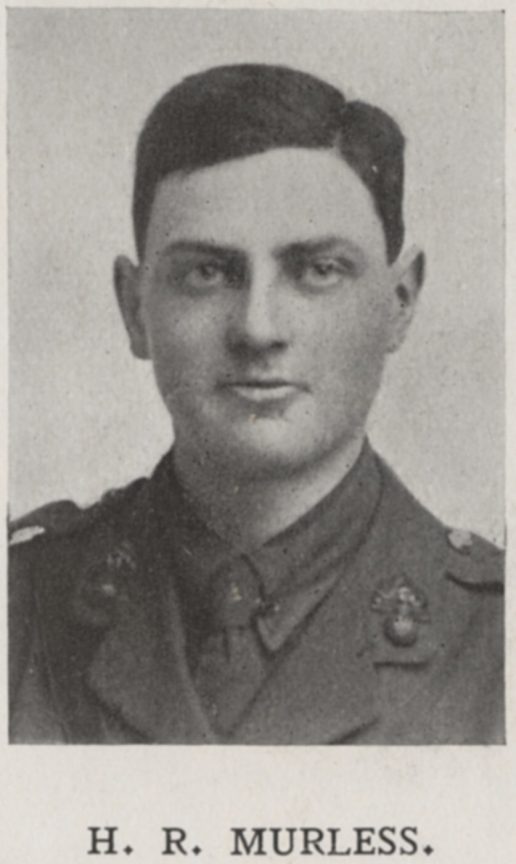 Born on December 18th 1895, Herbert was the youngest son of victualler Charles Murless and his wife Rosalind. He joined Dulwich in October 1909, by which point his elder brothers Charles and Robert were both already OAs, and went on to stay at the College for two and a half years, leaving at Easter 1912, at which time he was a member of the Engineering Upper Fifth.

Upon the outbreak of war in the summer of 1914 Herbert enlisted for military service, at first as a member of the Public Schools Battalion, before taking a commission in the Royal Fusiliers that November. In August 1915 he went over to the front for the first time, and went on to spend much of the next eighteen months serving at the front, apart from a period at home recuperating from a bout of trench foot. In late January 1917 he led a successful raid on a German trench near Loos, during which he personally killed the opposing commanding officer, but was also severely wounded, being carried back to the British trenches by his men. He passed away as a result of his wounds nine days later, on February 7th 1917; he would however be awarded a posthumous M.C. for his actions in the raid which ultimately cost him his life.