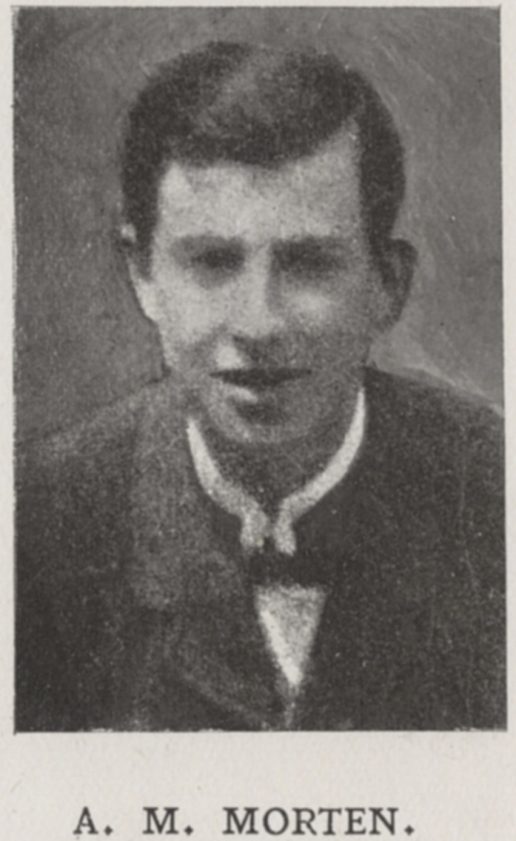 Allan was born in Sutton on October 21st 1894, the sixth of eight children of solicitor John Morten and his wife Jessie. Having joined the College in the spring of 1908, he went on to spend the next four and a half years at Dulwich, leaving at the end of 1912. From there he went on to spend a short time working in a stockbroker’s office in the city, before taking up a position studying engineering at King’s College, London.

In the summer of 1914, shortly after war was declared, Allan enlisted as a member of the London Scottish, and went over to France with his new unit that September. After only six weeks at the front, on the night of October 31st – ten days after his twentieth birthday, he went missing in action, and was later officially declared to have passed away as a result.