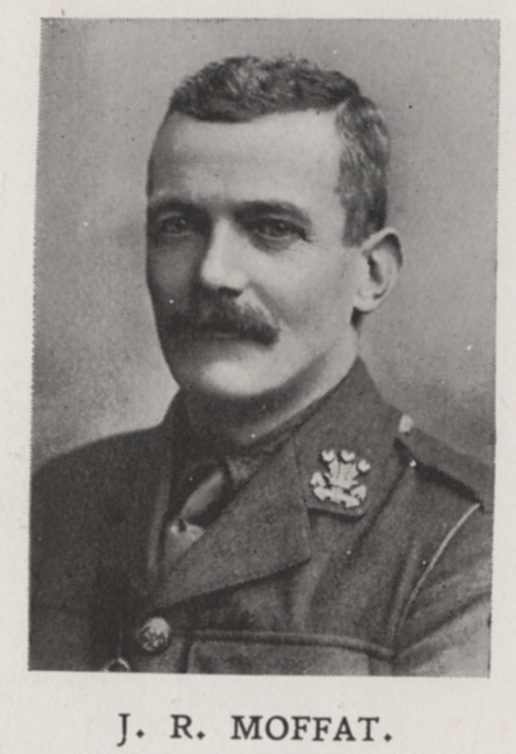 James was born on January 5th 1868, the son of William Moffatt, a Lieutenant-Colonel in the 19th Fusiliers. He spent five and a half years at the College, between May 1879 and the end of 1884, and in the last of them was a member of the 3rd XV. In 1895 he took up a commission in the Leinster Regiment, and in 1901 was promoted to Captain. That promotion occurred during the Boer War, and for his service in the war he would ultimately receive the Queen’s Medal with three clasps. In 1909 he stepped down from active military duty.

On the outbreak of war in 1914, however, James volunteered himself for service once more, re-enlisting in his old unit. Having been sent to the continent, he lost his life on February 15th 1915, and is commemorated on the Menin Gate at Ypres.